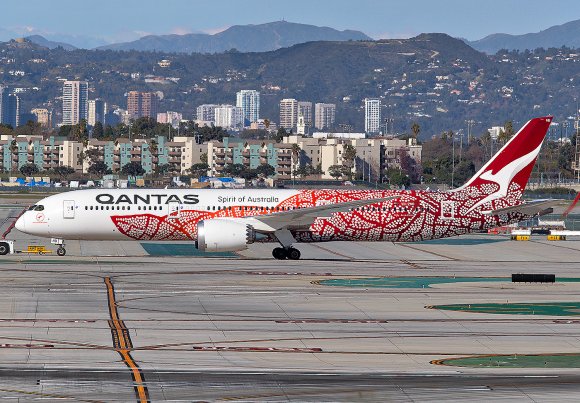 Qantas will park 150 aircraft, including all of the Australian flag carrier’s Airbus A380s, Boeing 747s and 787s. These will be spread around airports across Australia, with many stored at Avalon Airport (AVV) near Melbourne.

Qantas will also use some of its passenger aircraft for cargo-only flights.

The carrier had planned to confirm a tentative order for up to 12 Airbus A350-1000s by the end of March. However, Airbus has now given Qantas until the end of this year to make a final decision on the order, a Qantas spokesman said.

During a media conference call, Qantas CEO Alan Joyce said the airline intends to return all of the parked aircraft to operation when the current crisis is over. The group does not intend to sell or retire any due to the grounding. However, the airline is in discussions to raise money against the value of some of its newer aircraft such as the 787s, Joyce said.

Details of the planned grounding came after Qantas revealed plans to suspend all scheduled international flights for at least two months in response to the COVID-19 coronavirus pandemic.

The international suspension will apply from the end of March to the end of May, and the airline indicated decisions about the network for June and July will be made in early April. Qantas is also suspending 60% of its domestic capacity.

While scheduled international flights will be suspended, Qantas said it will likely operate some “ad hoc” flights. These will be used to maintain “some strategic links” determined by discussions with the government.

On the domestic side, Qantas intends to “maintain connectivity” to almost all of the current domestic and regional destinations served by Qantas, QantasLink and Jetstar. However, there will be frequency reductions and route suspensions. Jetstar’s New Zealand domestic network will be significantly scaled back.

Overseas-based affiliates of the Qantas group are also cutting services. Jetstar Asia is suspending all operations from March 23 to at least April 15, while Jetstar Japan and Jetstar Pacific have suspended international flights and cut back domestic flying.

Joyce said Qantas has built up a strong financial position in recent years, which gives it “substantial” backup options. “A lot [of airlines] will go under, but Qantas will not be one of them,” he said.