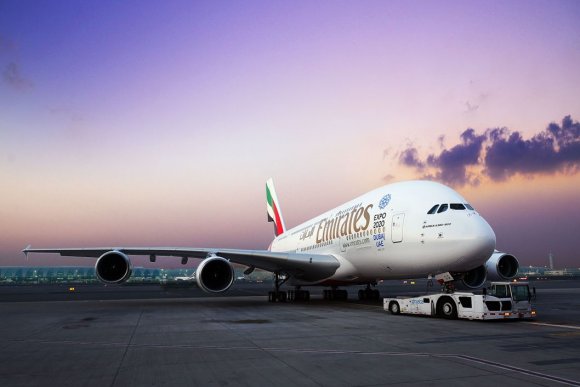 Welcome to Routes’ weekly look at how the Middle East and African aviation markets are responding to the COVID-19 coronavirus pandemic, helping you understand the schedule changes and manage the impact so we can navigate through this crisis together.

The total number of departure seats from and within the Middle East dropped by 15.2% last week to 3.86 million. This represented a reduction of 22.3% compared with the planned weekly capacity, as filed in OAG on January 6.

United Arab Emirates experienced a weekly drop of 15.3% last week, compared with the previous seven days, equating to a drop of more than 208,000 departure seats. Capacity from and within Saudi Arabia also reduced by 15.3%—or 199,133 departure seats—while in Israel the drop was 42.5%.

The OAG data shows Emirates recorded the largest capacity reduction last week, cutting the number of departure seats from and within the Middle East by almost 120,000. Week-on-week capacity dropped by 54% at Air Arabia and 43% at Flydubai.

Stricter travel controls have come into force in recent days, meaning that capacity will drop sharply during the current week. Emirates and other UAE airlines including Abu Dhabi-based Etihad Airways will suspend passenger flights for at least two weeks starting March 25 following a government edict.

The UAE government’s order ended a back and forth that saw Dubai-based Emirates first declare it would suspend all passenger flying in response to the COVID-19 coronavirus pandemic, and then reverse course after governments around the world pushed it to maintain a limited network.

The airline emphasized that it would continue to operate cargo flights, deploying Boeing 777 freighters to transport essential goods, including medical supplies.

Emirates chairman and CEO Ahmed bin Saeed Al Maktoum said: “Emirates Group has a strong balance sheet, and substantial cash liquidity, and we can, and will, with appropriate and timely action, survive through a prolonged period of reduced flight schedules, so that we are adequately prepared for the return to normality.”

Meanwhile, as well as suspending to and from Abu Dhabi at 23:59 (UAE local time) on March 25, Etihad suspended transit traffic on March 23. Any passengers booked on connecting flights via Abu Dhabi to anywhere else on the Etihad network will not be permitted to travel.

Etihad Aviation Group CEO Tony Douglas said: “These are unprecedented times and unprecedented decisions are being made by governments, authorities and companies, including Etihad, to contain the spread of the coronavirus and to help minimise its effects around the world.

“We stand with our loyal customers, who are having to endure disruption and inconvenience to their travel and their daily lives, and we dedicate all our efforts and resources to ensuring we do all we can to assist them with their travel planning during this challenging period.”

However, Qatar Airways said it continues to operate more than 150 flights per day. As of March 24, the airline is operating services to more than 70 cities worldwide.

“We are constantly reviewing our operations to see where there is more demand and requests, and wherever possible we will add more flights or bigger aircraft,” a spokesperson said.

Follow Airlineroute for all the latest COVID-19 flight changes

Elsewhere, the OAG data shows smaller capacity drops in other parts of Africa, with a 2.7% decline in East Africa and a 2.9% fall in Central/Western countries. In Southern Africa, the number of departure seats rose by 0.1% week-on week.

Royal Air Maroc, which is set to join the oneworld airline alliance on April 1, suspended all international and domestic flights on March 21 until further notice in line with the Moroccan government’s decision to ban air travel.

The Egyptian government has halted international air traffic until March 31 at the earliest, with flag carrier Egyptair operating its last international services on March 19. However, domestic and freight flights in the country are continuing.

Elsewhere, South African Airways (SAA) has suspended all international flights until May 31. The airline said it was in response to a government travel ban and the declaration of the State of Disaster in South Africa. On Thursday the government banned all arrivals from “high-risk countries.”