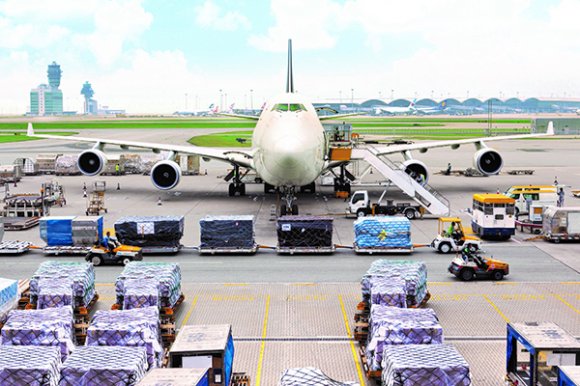 By Chen Chuanren and Adrian Schofield

The bulk of the relief comes from a government waiver of HK$670 million in air traffic control charges to the AAHK for the 2019-2020 fiscal year which will be passed on to users, with another HK$330 million in waivers on other AAHK fees. The relief will apply from February to June, helping airlines, airport tenants and staff.

Hong Kong-based Cathay said it welcomed this latest round of relief measures. However, the carrier stressed it is not enough “given the significant deterioration” in its situation due to COVID-19, and challenges caused by tighter travel restrictions worldwide.

“We are of the view that significantly more much-needed immediate assistance, which is commensurate with the scale of this crisis, still needs to be provided,” Cathay said.

This is the third such aid package introduced since September 2019. Airlines will receive a full waiver on parking and airbridge fees for idle passenger aircraft for five months, a 40% reduction in aircraft landing charges for four months, as well as ramp handling, maintenance and airside vehicle fee relief totaling HK$ 630 million.

Within the airport, service counter license fees, in-terminal service license fees and other charges are bring fully waived. Rental of offices and lounges in the terminal and franchise fees for aviation support services including aircraft catering, fueling and maintenance, as well as cargo terminal services has been reduced by 10% to 50% for three to four months.

To help airport tenants deal with the dwindling passenger numbers, there will be rental concession of 70% for three months from March to May, and 50% in June—a step up from the 20% discount introduced in October 2019 during the period of anti-government protests.

A further HK$50 million will be spent on training for airport staff who are on unpaid leave, which is estimated to benefit 25,000 employees.

The aid package follows the implementation of more stringent entry restrictions in Hong Kong. Starting March 25, all non-Hong Kong residents will be barred from entering via air travel and transit services will cease as well. Cathay Pacific and Cathay Dragon have announced a 96% capacity cut from April to May, flying reduced services to only 15 destinations.