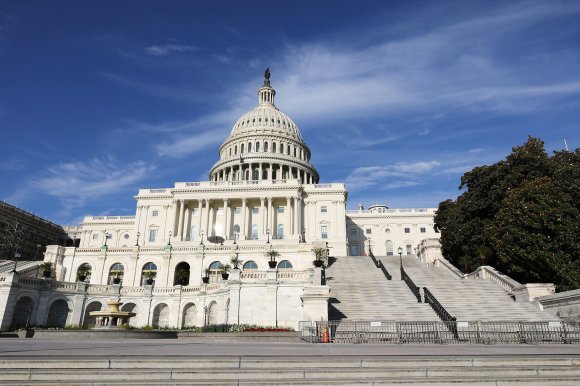 US House of Representatives Democrats proposed sending airlines payroll grants totaling $37 billion, shortly after a Republican-led Senate bill that offered loans but not grants failed along procedural lines for the second time in as many days.

Introduced on March 23 by Democrat House Speaker Nancy Pelosi as part of a bill containing the lower chamber’s “Stage 3” coronavirus stimulus effort, the proposal would see carriers receive $58 billion in federal aid consisting of $37 billion in grants and $21 billion in unsecured loans and loan guarantees.

The bill is in stark contrast to plans from the Trump White House and Senate Republicans, which have both rejected the idea of extending direct payments and unsecured loans in favor of secured loans backed by carriers’ assets.

The Democrat-led House offer comes after the chief executives of the largest US passenger and cargo airlines jointly warned in a letter over the weekend that furloughs will be forthcoming unless the federal government promptly provides carriers relief in the form of workforce grants.

“Unless worker payroll protection grants are passed immediately, many of us will be forced to take draconian measures such as furloughs,” the CEOs warned.

The Senate package is at an impasse over demands from Democratic lawmakers that airline emissions reduction standards be included as a condition to the aid, along with several other conditions involving labor standards and tax credits for renewable energy.

House Democrat members endorsed that vision in their latest effort, which includes a requirement that carriers receiving assistance fully offset their annual carbon emissions on all domestic flights beginning in 2025.

It is unclear whether the emissions reductions mandate will be tolerated by the GOP-led Senate in any compromise legislation that emerges from negotiations. Senate Majority Leader Mitch McConnell lambasted the idea earlier on the Senate floor. “Democrats are filibustering... because they want to argue with airlines over their carbon footprints? You’ve got to be kidding,” McConnell said.

Senate Minority Leader Chuck Schumer did not directly address the dispute over airline emissions but did say in subsequent remarks that Democratic lawmakers are opposed to “large corporate bailouts with no strings attached.”

The House bill makes no mention of aviation excise tax relief, which Airlines for America (A4A) had requested and was included in both proposals from Senate Republicans and the Treasury Department.