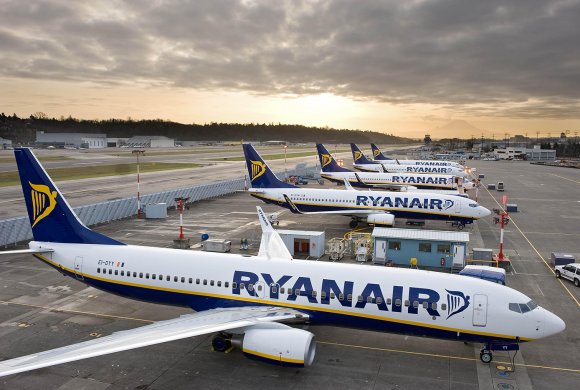 Ryanair is grounding most of its flights from March 24 and the airline does not expect to operate any flights during April and May.

The Ryanair Group—which includes Ryanair, Buzz, Lauda and Malta Air—said it has offered aircraft to all EU governments to help in the fight against COVID-19 and would continue to try to get passengers back to their home countries.

“At this time, no one knows how long this [COVID-19] shutdown will last. Rest assured that we and the 18,000 aviation professionals in the Ryanair Group of airlines will do everything we can to support our governments, our people, and our customers during these unprecedented times.”

O’Leary said that the experience in China suggested a three-month period for the spread of the virus to be contained and reduced.

“We do not expect to operate flights during April and May at this time, but this will clearly depend on government advice, and we will in all cases comply with instructions,” he said.

According to OAG Schedules Analyser, Ryanair was scheduled to operate about 69,819 flights in April and 73,477 in May, offering 13.2 million seats and 13.9 million seats respectively.

Meanwhile, fellow European ULCC Wizz Air will temporarily close its Austrian base in Vienna from March 24 until May 1. The airline has this week grounded 85% of its fleet, remaining operational in Bulgaria, Hungary and Romania.

However, the airline said: “The grounding of the entire fleet remains a distinct possibility over the next period, as potential additional travel restrictions and social distancing policies issued by authorities may make international flying for commercial purposes either untenable or impossible.”

EasyJet has also taken the decision to ground the majority of its fleet. The airline will continue to operate a schedule of “essential services” on some routes—mainly to and from the UK—but these will represent a maximum of 10% of its usual capacity for this time of the year.