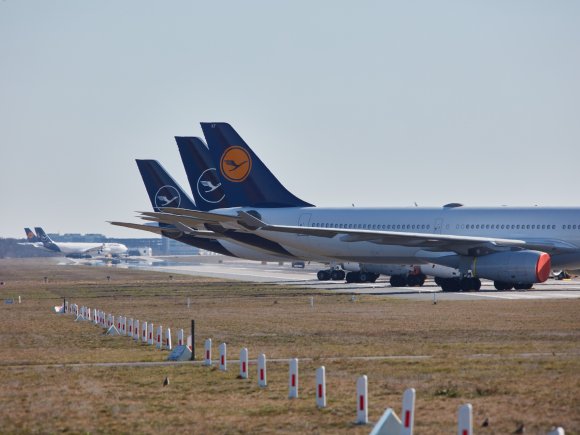 Analysis of schedules data filed in early-January shows that airlines across Europe originally planned to operate more than 24 million departure seats from and within Europe last week (w/c March 16), of which 20.6 million were in Western Europe. However, the actual total was significantly lower as many carriers began to drastically reduce their networks and ground their fleets.

Looking at the planned capacity before the COVID-19 outbreak, more than 3 million departure seats would have been available from and within the UK, 2.8 million from Germany and 2.5 million from Spain.

Ryanair had planned to offer about 2.44 million seats across 12,900 flights, schedules filed with OAG in January shows, while easyJet would have offered 1.86 million seats and about 10,600 flights. Lufthansa and Turkish Airlines also originally planned more than 1 million weekly departure seats from and within Europe last week, having intended to offer 1.57 million and 1.44 million respectively.

Ryanair has grounded most of its fleet and the airline does not expect to operate any flights during April and May. The Ryanair Group—which includes Ryanair, Buzz, Lauda and Malta Air—said it has offered aircraft to all EU governments to help in the fight against COVID-19 and would continue to try to get passengers back to their home countries.

The majority of LCC easyJet’s fleet has also been grounded having completed most of its repatriation flights by March 23. The airline will now operate an essential service schedule that will be reviewed on a weekly basis. “This will be a maximum of 10% of our usual capacity during this time of year and mainly routes to, from and within the UK,” easyJet said.

Turkish Airlines is suspending almost all international flights from March 27 until April 17. All routes will be halted except flights to: Addis Ababa, Ethiopia; Hong Kong; Moscow; New York; and Washington. Turkey’s flag carrier said domestic flights would continue with reductions in frequency, and cargo flights will operate as normal.

Lufthansa's is flying 3X-weekly intercontinental services from Frankfurt to the following destinations: Bangkok; Chicago and Newark, both USA; Johannesburg; Montreal; Sao Paulo; and Tokyo. In addition to a substantially reduced short- and medium-haul timetable (48 weekly services from Zurich), the German group's subsidiary SWISS will in future offer 3X-weekly long-haul flights to Newark. Regarding Lufthansa's short- and medium-haul schedules, the airline still offers around 40 daily connections from its hubs in Frankfurt and Munich to “the most important cities” in Germany and Europe.

KLM plans to fly to 25 intercontinental and 32 European destinations between March 29 and May 3. The carrier said the flights would account for about 10% of its planned schedule. The intercontinental network will be operated with Boeing 777s and 787s, while its 747s will be taken out of the fleet early.

However, the carrier said that given many of the routes are subject to very strict travel restrictions, they could be cancelled at a later stage.

ULCC Wizz Air will temporarily close its Austrian base in Vienna from March 24 until May 1. The airline has this week grounded 85% of its fleet, remaining operational in Bulgaria, Hungary and Romania.