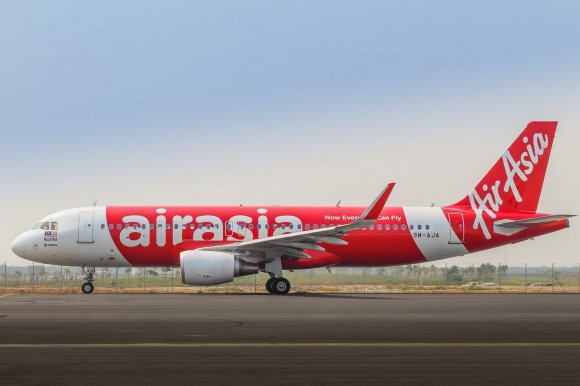 AirAsia is grounding most of its fleet across its network until the end of April.

The group said the move—which affects its five low-cost short-haul carriers and two medium- and long-haul airlines—follows “extensive and increasing border restrictions imposed by various countries” in response to the COVID-19 coronavirus pandemic.

“With governments imposing travel and movement restrictions including home quarantine orders, AirAsia is also playing its part in helping curb the spread of the virus in order to keep flying safe for everyone,” the airline said.

According to schedules data filed with OAG in early January, the group planned to operate more than 47,000 flights during April 2020 across the seven carriers, with 9 million available departure seats. Malaysia-based AirAsia intended to offer 3.3 million of those seats, with a further 2.1 million offered by Thai AirAsia.

AirAsia, founded by entrepreneur Tony Fernandes, is halting all flights for three weeks from March 28 to April 21. AirAsia X, the company’s subsidiary for medium and long-haul flights, will also suspend “most flights” from March 28 to May 31.

Thai AirAsia has already suspended international flights until April 25 while domestic operations will continue at a reduced frequency. AirAsia India has also suspended all flights from March 25 for 21 days, in line with government orders.

Elsewhere, all domestic and international services offered by Philippines AirAsia have been suspended until April 14, and Indonesia AirAsia will operate a “significantly” reduced international network and reduced domestic frequencies.

Thai AirAsia X temporarily suspended all flights from March 16 for a period of three months. However, Bangkok Don Mueang (DMK) to Seoul Incheon (ICN) is scheduled to resume on April 19.

AirAsia, which operates an all-Airbus fleet, has not disclosed how many aircraft have or will be grounded. However, the temporary measures are likely to mean more than 200 aircraft will be taken out of service.