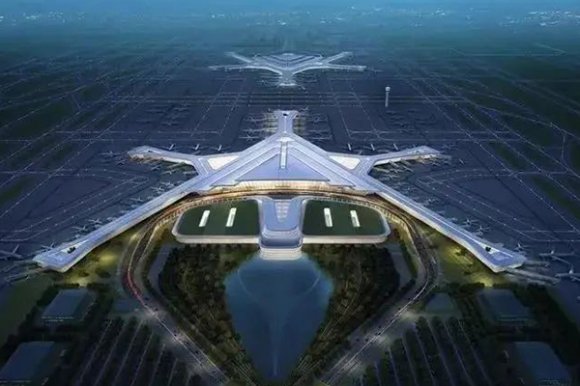 Even as air travel demand plummets in response the COVID-19 pandemic, China is expected to begin a multi-stage reconstruction project of Changsha Huanghua International Airport (CSX) starting this October.

The center stage of the airport project is the Terminal 3 complex. Spanning 500,000m2, it will dwarf the current Terminal 1 and 2 combined. Also included is a 285,000m2 integrated cargo handling facility, and a 3,600m third runway.

When completed in 2030, CSX will be able to handle 60 million passengers a year with cargo throughput of 600,000 tons.

A second phase will see the construction of a fourth terminal opposite Terminal 3, as well as a fourth runway.

Part of the so-called “four-hour aviation circle” roadmap, the provincial government formulated a three-year route development implementation plan to connect central China to destinations within four flying hours. By 2021, CSX is expected to have flights to 160 connections and passenger numbers reaching 33 million. Changsha is the capital city of Hunan province, which has a population of 7.4 million.