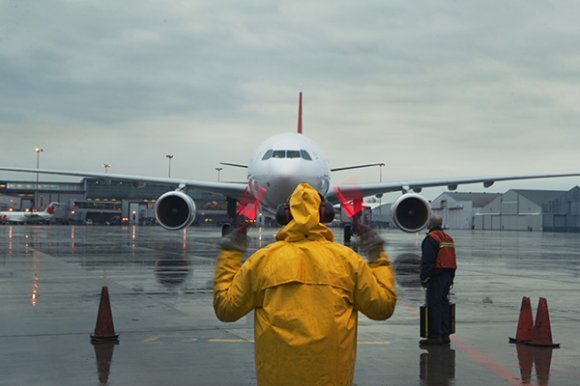 OAG data shows that North American capacity dropped by 9.1% last week (w/c March 23) to 22.2 million departure seats, compared with 24.5 million seats during the previous seven days. Capacity is set to reduce by a further 22.5% over the coming week as airlines’ network changes continue to filter through. The figure of 17.2 million seats this week is down by more than 30% compared with the number of seats previously planned by carriers at the start of the year.

Overall capacity among the top 10 largest North American carriers fell 9.2% last week, OAG figures show. Air Canada capacity dropped by 46.7% and WestJet by 42.5%, to 679,657 and 319,462 seats respectively. Delta Air Lines recorded the largest fall of the US majors, down 12.3%. However, more dramatic reductions among US carriers will be seen over the coming weeks as their network changes come into effect.

American Airlines will suspend 60% of its capacity in April, compared with the same period in 2019, and is planning to suspend up to 80% of its capacity in May. The airline said the domestic capacity reductions take into consideration the FAA’s recent decision to grant additional flexibility in slot-use policies at US airports.

The most significant change is the reduction in service to Hawaii in April. In response to the new 14-day quarantine order for travelers flying to Hawaii, American has suspended operations into Kona (KOA), Lihue (LIH) and Maui (OGG). The airline will continue to operate one daily flight from Los Angeles (LAX) to Honolulu (HNL).

After already announcing cuts of 70% and plans to park 600 aircraft temporarily, Delta has admitted that the reductions over the coming months could be greater. However, the SkyTeam member has confirmed a number of international services it will continue to operate.

Among the international Delta routes still operating are:

Southwest Airlines announced last week plans to cut 1,500 of its 4,000 daily flights until a previously revised schedule begins on April 14. This follows the carrier’s plan to reduce capacity by at least 20% from April 14 through June 5.