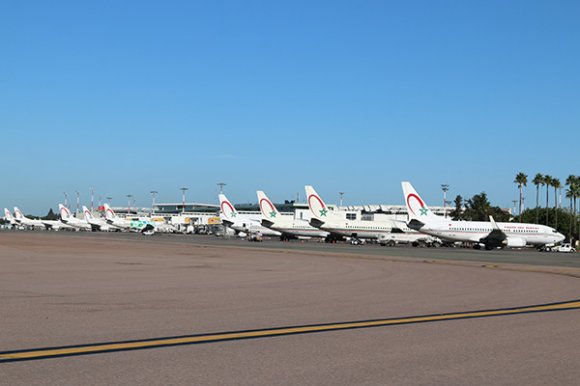 The total number of departure seats from and within the Middle East dropped by 33.2% last week (w/c Mar. 23) to 2.58 million seats. The figure is almost half the planned weekly capacity of 4.92 million, as filed in OAG on Jan. 6.

The largest reduction by nation came in the UAE, where the number of weekly departure seats plunged by 45.5% to 629,880. The reduction was unsurprising given the sudden closure of the country’s airports on March 26 to all passenger flights. This came three days after transit flights to and from the country were temporarily halted.

Elsewhere, capacity from Saudi Arabia dropped by more than 240,000 weekly seats and Qatar’s capacity fell by 193,000.

The OAG data shows the ME3 carriers each reduced capacity from the Middle East by more than 40% last week. The number of departure seats offered by Emirates reduced by 50.1%, with drops of 44.9% at Qatar Airways and 42.8% at Etihad Airways.

From March 25, Emirates and Etihad temporarily suspended all passenger services for an initial period of two weeks. This move followed a UAE government’s directive to halt all inbound, outbound and transit passenger flights in the region.

The UAE government’s order ended a back and forth that saw Dubai-based Emirates first declare it would suspend all passenger flying in response to the COVID-19 coronavirus pandemic, and then reverse course after governments around the world pushed it to maintain a limited network.

The airline emphasized that it would continue to operate cargo flights, deploying Boeing 777 freighters to transport essential goods, including medical supplies.

Meanwhile, Qatar Airways is one of the few airlines in the region to maintain scheduled passenger service and continues to operate more than 150 flights per day. The oneworld member has also resumed scheduled belly hold cargo operations to China. Belly hold cargo service to Beijing began on March 30, with services to Shanghai, Hangzhou and Chengdu resuming on March 31 and Guangzhou and Chongqing on April 1.

There were large capacity reductions across Africa last week, particularly in North Africa where the number of departure seats fell by 63.9% compared with the previous seven days to 324,464. The figure meant the continent’s largest aviation market became its smallest. According to schedules data filed on Jan. 20, before COVID-19 was declared a pandemic, carriers had originally planned to offer almost 1.1 million seats from and within North Africa last week.