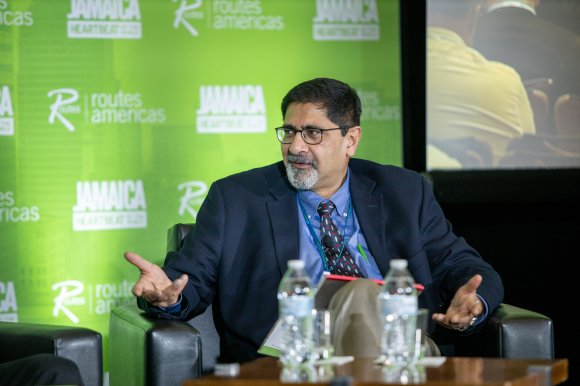 It will be “virtually impossible” for regional airlines to survive the COVID-19 crisis without government support, ExpressJet CEO Subodh Karnik has told Routes.

Speaking as the CARES Act—that will support a wide range of US businesses, including airlines—was being ratified by legislators on Capitol Hill, Karnik said countries which did not follow suit would see carriers fail.

“Without a support package like this, survival would be virtually impossible,” he said.

Drawing parallels with Compass and Trans States, which have both recently failed, Karnik said Atlanta-based ExpressJet is “hemorrhaging cash while we're waiting for the bill to pass.”

“Unlike the European regional carriers that primarily get paid on a pro-rata and commercial basis, our business model is one where we are basically a private label provider,” he said.

“We don't carry big balance sheets, we don't carry assets and so all of us are in complete shell shock on what it means, how to carry all our employees… We’re going a little crazy in terms of figuring out ways to reduce cash burn.”

Despite the incoming CARES act, Karnik said he would “anticipate even [in the U.S.] that more airlines would fail” as a result of COVID-19.

“And in countries where that is not happening, where there is no bridging program in place, I don't even know how to think about that,” Karnik said.

Karnik cited the example of Flybe, which listed the coronavirus as a factor in its eventual collapse.

Flybe’s compatriot Loganair has indicated it will ask for government support despite the UK’s chief finance minister Rishi Sunak saying support would only be available “if all commercial avenues have been fully explored, including raising further capital from existing investors and discussing arrangements with financial stakeholders.”

The full interview with Subodh Karnik will be published in the next edition of Routes magazine.