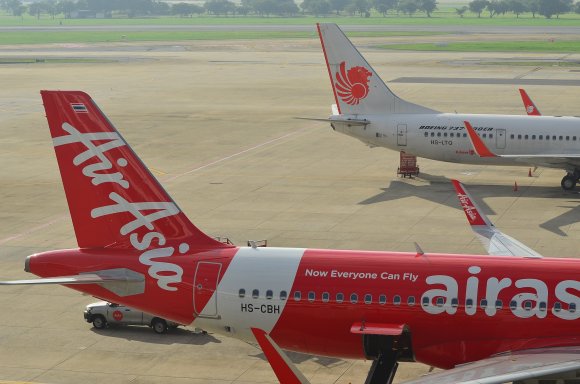 There were scheduled airline capacity reductions across all regions in Asia last week (w/c March 23), the largest being in Central Asia on a percentage basis. The number of departure seats in Central Asia dropped by 60.3% compared with the previous week to fewer than 130,000 seats. South East Asia also recorded a 29.4% fall, while capacity was down by 17.5% in the Southwest Pacific and 15.3% in South Asia. Previous green shoots in North East Asia have also been flattened with capacity falling back 0.9%.

Week-on-week capacity in China rose by 2.4%, data from OAG shows, driven by the country’s domestic market. However, the increase comes amid reports that many airlines are resuming routes to suit government policy, rather than to match demand.

The number of departure seats in India, the second-largest aviation market in the Asia-Pacific region, declined by 13.2% last week. India’s government initially suspended all international air traffic from March 23. A day later the ban was extended to all domestic flights. That decision will be reflected in the capacity data for the week commencing March 30.

Other large week-on-week drops in capacity were seen in Malaysia, where the number of departure seats plunged by almost two thirds, as AirAsia began to ground most of its fleet. Singapore also experienced a 62.3% fall, while in the Philippines capacity was down by 50.7%.

AirAsia Group last week (w/c March 23) took the decision to ground most of its fleet, affecting its five low-cost short-haul carriers and two medium- and long-haul airlines. AirAsia halted all flights for three weeks from March 28 to April 21. AirAsia X, the company’s subsidiary for medium and long-haul flights, also suspended “most flights” from March 28 to May 31.

Thai AirAsia has already suspended international flights until April 25 while domestic operations will continue at a reduced frequency. AirAsia India has also suspended all flights from March 25 for 21 days, in line with government orders.

Elsewhere, all domestic and international services offered by Philippines AirAsia have been suspended until April 14, and Indonesia AirAsia will operate a “significantly” reduced international network and reduced domestic frequencies.

Thai AirAsia X temporarily suspended all flights from March 16 for a period of three months. However, Bangkok Don Mueang (DMK) to Seoul Incheon (ICN) is scheduled to resume on April 19.

Elsewhere, Philippine Airlines recorded an 89% drop in capacity last week after international flights were suspended from March 26 until April 14, following all domestic flights ceasing on March 17.

Singapore Airlines and subsidiary Scoot also recorded large drops in capacity after the group began to cut 96% of the capacity that it had originally scheduled up to the end of April. Scoot has now suspended most of its network, resulting in the grounding of 47 of its 49 aircraft.