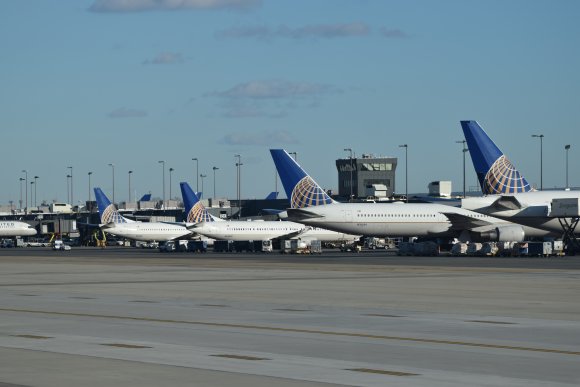 Overall capacity across North America fell by 22.5% last week (w/c March 30) to 17.2 million available departure seats, a week-on-week reduction of 5 million seats. The figure of 17.2 million seats for the week is down by more than 30% compared with the number of seats previously planned by carriers at the start of the year. This week commencing April 6, total capacity is set to plunge by a further 32% to 11.7 million departure seats as airlines across the continent continue to suspend services and reduce frequencies.

Looking at the routes with the largest week-on-week capacity reduction (w/c March 23 vs w/c March 30), there were more than 31,000 fewer two-way seats between Atlanta (ATL) and Orlando (MCO), and almost 30,000 fewer between while Honolulu (HNL) and Tokyo Narita (NRT). ATL-Tampa (TPA) and HNL-Los Angeles (LAX) were at number three and four in the top five routes by capacity reduction, while New York (JFK)-London Heathrow (LHR) was fifth.

Delta Air Lines slashed capacity by 45.7% last week to 2.36 million seats, almost 2 million fewer than during the previous seven days. The fall comes as the US carrier prepares to cut its schedule by 80% in April, compared with what was originally planned, with 115,000 flights cancelled.

In a memo to staff, CEO Ed Bastian said the first three months of 2020 “was unlike any quarter in Delta’s history” and the second quarter would be “even more difficult than the first.”

“We are expecting our revenue in the second quarter to be down 90%,” he said. Bastian added that the CARES Act was “welcome news”, but without self-help actions to cut costs and raise finance, that money “would be gone by June.”

During April, Delta plans to operate just two transatlantic services: ATL-Amsterdam (AMS), which will be daily; and between Detroit (DTW) and AMS, which will be “less than daily.” In the transpacific market, the SkyTeam member will only serve Seoul Incheon (ICN)—from DTW and Seattle (SEA), both up to 5X-weekly—and Tokyo Haneda (HND), up to 7X-weekly from SEA.

United Airlines also made large cuts to capacity last week, with the total number of weekly departure seats falling by 37.9% to 2.2 million seats, compared with the previous seven days. On April 5 the airline made further significant cuts from its New York airports. Flights from Newark Liberty (EWR) will reduce from 139 per day to 15, while from LaGuardia (LGA) the number of daily flights will fall from 18 to two.

The OAG figures show that cuts across the networks of American Airlines and Southwest Airlines were significantly lower than those of Delta and United last week, with weekly capacity down 5.6% at American and 0.1% at Southwest. However, American’s capacity this week is set to fall by 63%.