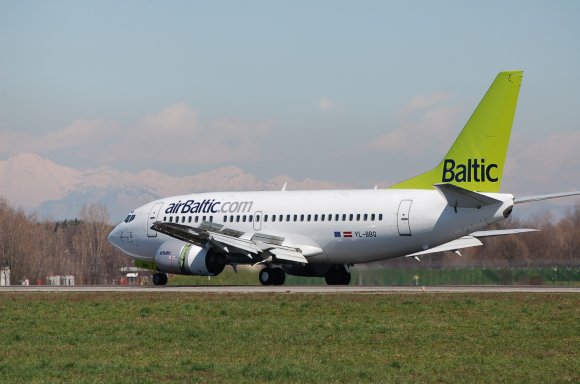 Latvia's airBaltic will cut approximately 50% of flights between April 15 and Oct. 31 in response to the COVID-19 crisis.

The hybrid carrier said it was in the process of adjusting its network and flight schedule to match a “temporarily reduced fleet” once scheduled operations are able to restart. However, the Riga-based airline continues to offer charter passenger and cargo flights.

In addition, airBaltic's new routes planned for the summer season will be delayed, while a number of additional routes will be temporarily discontinued.

The airline expected to launch 14 routes this summer, including four new direct destinations from Tallinn, Estonia, and five from Vilnius, Lithuania.

“Considering the significant impact on the demand, we currently plan to restart our operations gradually,” airBaltic CEO Martin Gauss said.

“When we will be able to, we will start with a reduced number of aircraft [that] will serve daily flights to our top routes. With each upcoming week, more aircraft will return to service, offering more flights.”

Although the airline has not revealed the routes it plans to restart once operations resume, Routes and aviation consultancy ASM have analyzed the carrier’s network to look at the performance of routes served before the crisis began.

The research, using Sabre data, focuses on the revenue per available seat kilometer (RASK) of each airport pair, but also takes into account capacity, passenger volumes, load factor and distance.

Among the top-ranking routes by RASK in airBaltic’s network during 2019 was a service connecting Latvia’s capital Riga (RIX) with Palanga (PLQ), a seaside resort town in western Lithuania. More than 79,000 two-way passengers flew between the destinations last year.