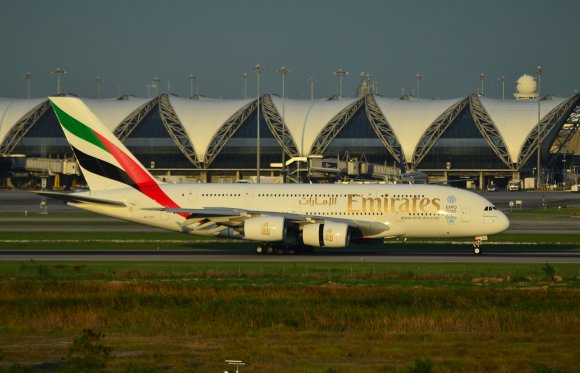 The total number of departure seats from and within the Middle East dropped by 32% last week (w/c Mar. 30) to 1.76 million seats. The figure is more than 4 million seats fewer than just two months ago.

The UAE government’s directive to halt all inbound, outbound and transit passenger flights in the region meant Emirates’ scheduled weekly capacity from the Middle East fell to just 1,416 departure seats, while Etihad Airways offered none. Qatar Airways continued to provide passenger service although its number of departure seats from the Middle East shrunk by 40% to 155,983 seats.

However, UAE carriers Emirates and Etihad have since resumed limited passenger flights. The flights are open to foreign citizens who wish to leave the UAE, but no incoming passengers are allowed.

“These initial passenger services, although limited to travellers who meet the entry requirements set by the destination countries, will be welcomed by our customers seeking to return home to their countries and families,” Emirates chairman Ahmed bin Saeed Al Maktoum said.

Etihad has also resumed service to “select destinations.” The airline said it would operate seven flights to Seoul, five to Singapore, six to Manila and two flights to Jakarta through April 21.

The total number of departure seats across the continent fell by 37% compared with the previous seven days to 1.1 million. The largest reduction was in Southern Africa where capacity halved to 252,795 seats, largely due to South African Airways’ decision to pause domestic and international flights until the end of May.

On a country-by-country basis, it was therefore unsurprising that the number of departure seats from South Africa plunged by more than 215,000 seats to 198,181. Other countries to record significant drops were Nigeria (down 66,430 seats week-on-week), Kenya (down 64,483 seats) and Tanzania (down 42,695 seats).

The infographic shows the top 10 airlines ranked by the number of departure seats from Africa during the w/c April 1, 2019, compared with the number of seats last week. Ethiopian Airlines, the continent’s largest carrier, operated 61% fewer departure seats from Africa last week—a reduction of 184,000 seats. The grounding of South African Airways, Mango and Emirates meant their weekly capacity fell by 100%, while British Airways, Egyptair and Royal Air Maroc recorded falls of more than 90%.