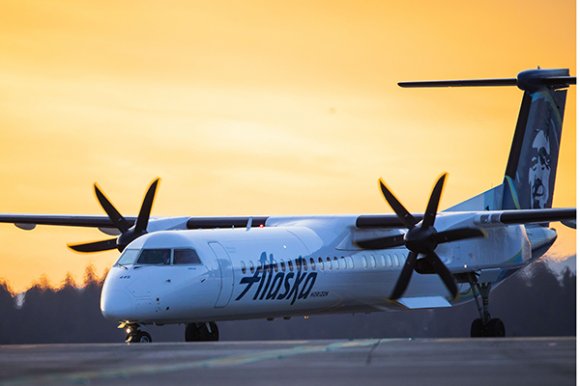 Alaska Airlines plans to maintain flights to all points it currently serves in Alaska as well as bringing forward the launch of seasonal routes to Dillingham (DLG) and King Salmon (AKN) after the demise of RavnAir Alaska.

Following the closure of the Anchorage-based regional carrier, Alaska Airlines said it would also work to initiate service to Cold Bay (CDB) with the intention of providing access to Unalaska and Dutch Harbor.

The Seattle-based airline is working with the seafood industry and other key sectors of the economy on charter services to ensure “critical workforce movements” during this period of reduced air service.

Alaska Airlines said it would review other markets impacted by the RavnAir suspension to consider “how best to support affected communities.”

“Having served Alaska for 88 years, Alaska Airlines has a special appreciation for the unique reliance most Alaskan communities have on air service,” Alaska Airlines CEO Brad Tilden said.

“During this difficult moment, our hope is that air carriers across Alaska will make every effort to ensure continuity of service to all the state’s remote communities.”

As reported by Routes on April 6, RavnAir has entered Chapter 11 bankruptcy protection and shut down with immediate effect. However, the Anchorage-based airline holds out hopes of restarting operations once the COVID-19 pandemic passes.

Despite the vow to support Alaskan communities affected by RavnAir’s closure, Alaska Airlines is also struggling to deal with the “historic and unprecedented falloff in demand” following the COVID-19 outbreak.

The airline has already confirmed plans to reduce its flight schedule for April and May by approximately 80%. Flight schedules for June and beyond will be based on demand, but the carrier expects that reductions “will be substantial for at least the next several months.”