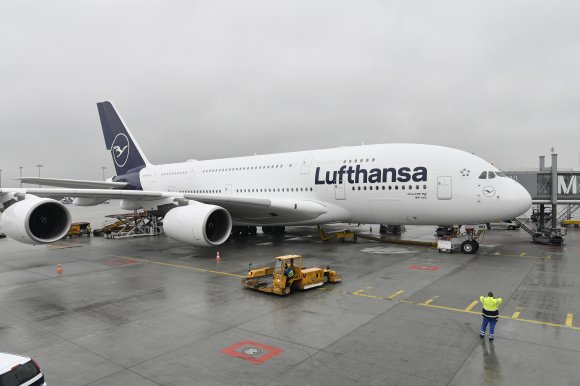 The total number of departure seats from and within Europe dropped by a further 4 million last week (w/c March 30) to 5.77 million, a week-on-week reduction of 41%, during what was supposed to be the start of a busy summer season. The figure was also 17.5 million fewer seats than during the same week in 2019. About 44% of available seats last week were on domestic services, compared with 27% during the same week a year ago.

Overall capacity in Western Europe declined to 3.8 million seats, a fall of almost 50%, while in Eastern and Central Europe capacity reduced by 11% to 1.9 million. According to the latest data from OAG, the total number of departure seats from and within Europe this week (commencing April 6) will be about 3.87 million seats.

Using 25,000 scheduled seats as a minimum criterion, capacity more than halved in 11 European countries last week. The Czech Republic suffered the biggest percentage decline in capacity with a 67.9% week-on-week reduction, while Denmark, the Netherlands, France, Croatia, Finland and Ireland all recorded drops of more than 60%. Elsewhere, capacity from and within the UK slumped by 48.9%, or 732,766 seats, and from Turkey the fall was 34.2%, or 288,051 seats.

The OAG figures show that Russia’s market is proving more resilient than most, with the country the only one in Europe to offer more than 1 million seats last week. There was a total of 1.25 million seats available, a drop of 10.9% on the previous seven days.

In Italy, the center of the COVID-19 outbreak in Europe, scheduled capacity totaled 230,848 seats, a week-on-week rise of 1.1%, ending six successive weeks of declines. On April 7, the country recorded its smallest increase in coronavirus infections for almost four weeks, with just 3,309 new cases. The figure amounts to a 2.3% rise in new cases, compared to a 2.8% rise on April 6.

The infographic below shows the weekly scheduled capacity in the 10 largest European markets a year ago (w/c April 1, 2019), compared with last week.

Lufthansa Group this week announced “extensive measures” to reduce the capacity of flight operations in the long-term. The company expects it to take months for all international travel restrictions to be fully lifted and years for air traffic volumes to return to pre-crisis levels.

As a result, Lufthansa will permanently decommission six Airbus A380s and seven A340-600s as well as five Boeing 747-400s. In addition, 11 Airbus A320s will be withdrawn from short-haul operations.

Lufthansa Cityline will also withdraw three A340-300s from service, while Eurowings will phase out 10 A320s. Lufthansa Group airlines have already terminated almost all wet lease agreements with other carriers.

Austrian Airlines said it expects it will have 25-50% of the demand in summer 2020, compared with 2019. The carrier also anticipates a significant reduction in demand for 2021.

Meanwhile, Norwegian-owned Swedish airline BRA Braathens Regional Airlines on April 6 applied for restructuring to protect the carrier from bankruptcy. It has now suspended all operations with the intention of gradually resuming flights “after the summer.”

“After careful consideration, the company’s board of directors has chosen to apply for restructuring and to freeze the business completely,” BRA CEO Geir Stormorken said. “This will give us room to develop a long-term sustainable business plan.”

Given the immense pressures being faced by European carriers, Eurocontrol’s member states have agreed to let airlines defer the payment of up to €1.1 billion ($1.2 billion) in air traffic control fees in the coming months.

“This payment deferral will ease the immediate burden on airlines and it provides certainty on financial planning to both airlines and the Air Navigation Service Providers (ANSPs) on when payments will be made after the crisis has abated.”

The cost for the European air traffic management (ATM) system was planned at €8.2 billion ($8.92 billion) for en route services, based on the traffic forecasted and the cost of service provision by the ANSPs.

The total bill for February was €518 million ($563.3 million) and the invoices for each airline were raised in mid-March, with payment due by April 13 for immediate disbursement to the individual states. However, this has now been deferred to November.