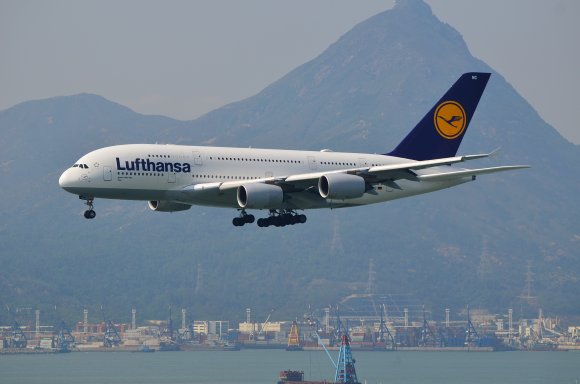 Lufthansa Group will cut its fleet by more than 40 aircraft after warning that it will take several years for air travel demand to return to pre-COVID-19 crisis levels.

The German group also intends to reduce the capacity of its Eurowings subsidiary by cutting its long-haul operations and closing its Cologne-based subsidiary Germanwings, which operated flights for Eurowings.

In a statement, Lufthansa said it would permanently retire six of its 14 A380s alongside seven A340-600s, and five Boeing 747-400s. Eleven Airbus A320s will also be withdrawn from short-haul operations. The six A380s were already scheduled to be sold back to Airbus in 2022.

Lufthansa Cityline will also withdraw three A340-300s from service, while Eurowings will phase out 10 A320s. Airlines within the Lufthansa Group have already terminated almost all wet lease agreements with other carriers.

In addition to the fleet cuts, Eurowings’ long-haul business, which is run under the commercial responsibility of Lufthansa, will be “reduced.”

Eurowings had been scheduled to expand its long-haul operations during the summer 2020 season, having previously announced plans to begin a 2X-weekly service from MUC to Las Vegas (LAS) from April 6, followed by a three-weekly service between MUC and Orlando (MCO).

The airline also intended to start a 5X-weekly service between FRA and Phoenix (PHX) from April 29 and open a 3X-weekly FRA-Anchorage (ANC) route on June 1.

As part of the restructure, Lufthansa will scrap its budget regional subsidiary Germanwings. The Germanwings brand was retired in 2015 but the airline had continued flying short-haul routes for Eurowings under a separate air operator’s certificate.

Lufthansa said the restructuring programs already initiated at Austrian Airlines and Brussels Airlines would also be “further intensified” due to the coronavirus crisis. Among other things, both companies are working on reducing their fleets.

Austrian Airlines, which has already grounded its fleet until May 3, said it expects it will have 25-50% of the demand in summer 2020, compared with 2019. The airline also anticipates a “significant reduction” in demand for 2021, with demand not returning to pre-COVID-19 levels until 2023 at the earliest.