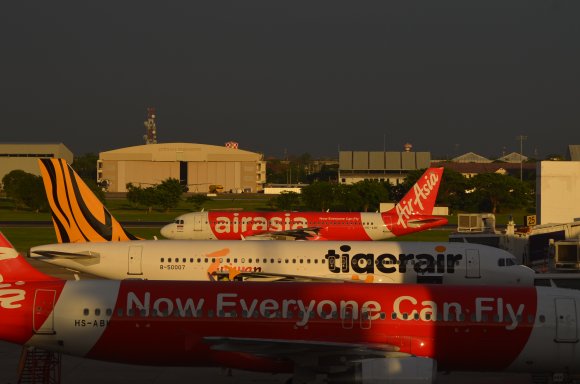 Capacity dropped across all Asia-Pacific regions last week (w/c March 30), with South Asia and the Southwest Pacific both recording a reduction of more than 60%. The number of departure seats from and within South Asia declined by 63.8% to 1.54 million, down from 4.25 million during the previous seven days, primarily because travel restrictions imposed in India where all domestic and international flights are suspended until April 14.

In Thailand, the Civil Aviation Authority has suspended incoming international passenger flights until April 18, while all foreign nationals are barred from entering or transiting Thailand until April 30 except in certain limited circumstances.

Following the Emergency Decree, which came into force on March 26, Thai Airways has suspended all international operations, while LCCs Thai Smile and Thai AirAsia have halted all domestic and international services. Bangkok Airways and Nok Air have also dramatically reduced their networks. As a result, the number of departure seats from and within Thailand reduced by almost 600,000 seats last week, equating to a week-on-week drop of 52%.

The number of departure seats in Indonesia shrunk by 417,000 seats week-on-week, or 15%, as new government directives to halt the spread of COVID-19 came into force. On March 31, authorities announced a ban on foreign nationals entering for at least a month, having previously suspended a visa exemption scheme for certain visitors. The restrictions meant Indonesia’s seat capacity declined to 2.73 million seats last week, although the figure is considerably higher than any other country in South East Asia.

In Vietnam, there has been a nationwide lockdown imposed from March 31 to April 15 and a ban on foreign arrivals. The country’s seat capacity reduced by 24% to 661,338 last week and is expected to drop to fewer than 200,000 this week. A year ago, there were more than 1.3 million weekly departure seats in Vietnam’s market.

Singapore recorded the fourth-largest capacity drop in South East Asia last week, with the number of available seats reducing by 66% to just 67,329. Currently. no short-term visitors from anywhere in the world are able to enter Singapore. The country’s flag carrier Singapore Airlines has already cut 96% of the capacity that it had originally scheduled up to the end of April, while terminal 2 at Singapore Changi Airport (SIN) will close from May 1 for 18 months.

In the Philippines, OAG figures show the number of departure seats declined by almost 75,000 last week to 459,604, representing a week-on-week fall of 14%. However, the actual figure is likely to be significantly smaller given than that. This is because the schedules data lists Cebu Pacific as having operated 408,000 seats, despite the airline being grounded since March 19.