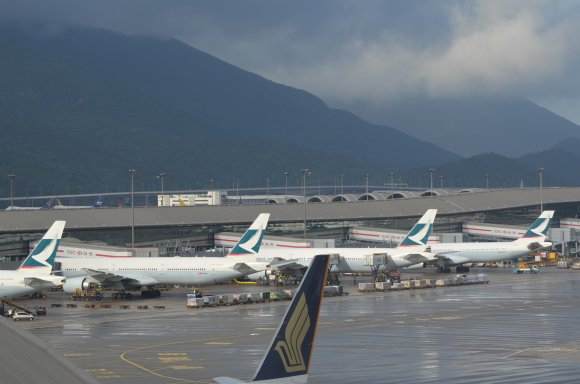 Cathay Pacific and other Hong Kong-based airlines will gain substantial financial benefits from a new COVID-19 aid package unveiled by the government.

Direct relief includes subsidies based on aircraft fleet size. An airline will receive HK$1 million ($129,000) for every large aircraft registered in Hong Kong, and HK$200,000 for every small aircraft. The aviation measures are part of a HK$138 billion stimulus package for the broader economy announced late on April 8.

It is not yet clear how the aircraft categories will be defined, but Hong Kong’s Transport & Housing Secretary Frank Chan said about 270 aircraft will be covered. He indicated the money will help offset aircraft maintenance and repair costs.

In addition, Airport Authority Hong Kong will purchase 500,000 tickets from the four local carriers to help with cash flows. These will be used to stimulate travel to Hong Kong when airline services resume.

The airport authority is also offering to purchase airport ground equipment owned by aviation companies. This will provide businesses with cashflow while also keeping the equipment available. The equipment will still be provided to the companies to use rent-free, and they would have the right to buy it back when demand returns, the authority said.

The government will provide financial assistance of HK$3 million for aviation support companies with more than 100 staff, and HK$1 million for those with fewer than 100 workers. Airlines and other aviation-related businesses will also qualify for wage subsidies included in the broader economic package.

Chan said traffic at Hong Kong International Airport is down to 1% of normal levels. The airport usually handles about 200,000 passengers per day, but last week the total was less than 2,000.

Previous stimulus efforts announced by the government have also aided the aviation industry. An HK$1 billion package for the aviation sector was introduced on March 23, comprising waivers and discounts on various fees and charges. However, Cathay Pacific said at the time that more assistance was required to support the industry. The carrier welcomed the latest support package unveiled by the government.

The airport authority said its relief measures for airlines and other airport users now totals HK$4.6 billion, noting that it is also “facing a significant shortfall in revenue” due to the traffic decline. The airport authority “will go to the financial market in the next two months” to raise money to pay for the relief package, maintain liquidity and fund committed capital projects.