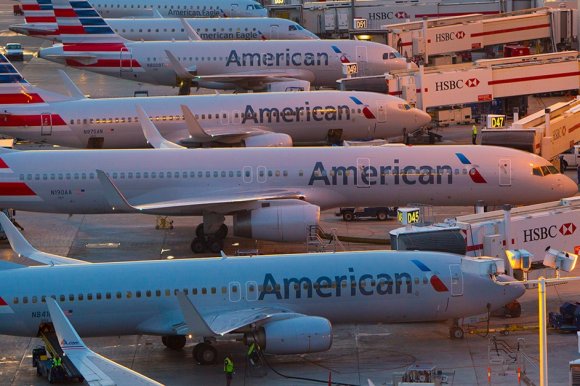 The US Treasury Department wants airlines to repay close to a third of the value of payroll assistance received under the Coronavirus Aid, Recovery, and Economic Security (CARES) Act, and carriers are not happy about it.

The proposal—first reported over the weekend by Reuters—calls for the largest six airlines to repay 30% of payroll assistance received in the form of low-interest loans due in five years, for which they must issue warrants that can be converted into stock.

CARES made $25 billion in payroll grants available to passenger carriers. Sec. 4117 of the act authorizes Treasury Secretary Steven Mnuchin to require aid recipients to issue the government financial instruments as a form of “taxpayer protection,” although it does not require him to do so. The act specifically lists warrants, options, preferred stock and debt securities as options by which carriers could satisfy the requirement.

The $25 billion in direct payroll assistance is separate from a pot of $25 billion loans and loan guarantees, which are expected to be distributed after the grants are processed.

Airlines for America (A4A) spokeswoman Katherine Estep said that requiring carriers to repay portions of the grants could hamper the efficacy of the rescue package, noting that workforce grants are “passthrough monies” designed specifically to fund payrolls.

“Making direct payroll assistance available to US carriers in the form of grants only is considerably more effective for our employees rather than a hybrid combination of instruments,” Estep said.

That leaves a host of carriers outside the largest six, but above the $100 million cut-off requirement, including leisure airlines and ULCCs like Allegiant Air, Frontier Airlines and Spirit Airlines. National Air Carrier Association (NACA) president and CEO George Novak—whose association represents all three—said the airlines are currently in contact with the Treasury Department over final terms, adding that “we would expect that agreement to come quickly, as Treasury has already exceeded the statutory deadline to get these funds out.”

More than 230 applications for payroll support from “a wide variety of passenger carriers” have been received so far, the Treasury Department said, the majority of which are for $10 million or less. The Department is currently negotiating with 12 carriers that are each expecting payments to exceed $100 million, adding that more guidance will be coming “very shortly” to address cargo carriers, as well as the possibility that total requests will exceed the $25 billion amount available under CARES.

Unions representing pilots, flight attendants and other aviation workers have urged Mnuchin not to seek compensation for the grant portion of the aid package, warning that doing so could undermine airline participation in the program and risk greater job losses.

“Treasury Secretary Steve Mnuchin told airlines he is going to take $7 billion from the $25 billion allocated in the CARES Act to our wages and benefits,” the Association of Flight Attendants said in a message to members. “This is putting the payroll grants in jeopardy and even if our airlines take them, it's not enough to cover our wages and benefits.”

Air Line Pilots Association (ALPA) director of communications David Weaver piled on, tweeting that the group “is very concerned” that Mnuchin “is threatening the jobs of pilots & other aviation workers by treating grants for airlines like loans.”

Novak, the NACA CEO, stressed the critical nature of the direct payroll support for airlines, arguing that it should be understood in a national security context, instead of a strictly commercial one.

“I think what kind of got lost in the discussion about corporate welfare and aid to specific industries, is that many of our carriers are critical components to the civil reserve air fleet, providing supplemental lift to the Department of Defense,” Novak said. “This money should be viewed as increasing the defense readiness capabilities of our country.”