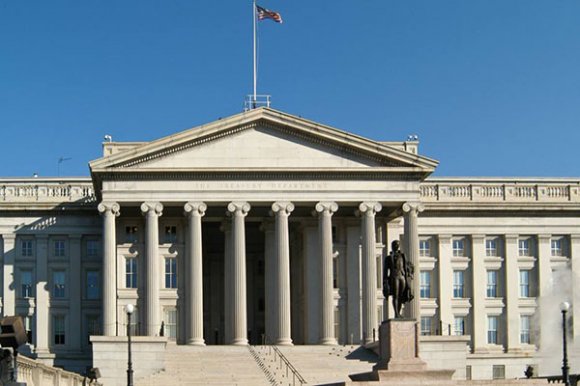 The US Treasury Department reached an agreement in principle with 10 large US airlines, ensuring their participation in the $25 billion Payroll Support Program (PSP) established by the Coronavirus Aid, Recovery, and Economic Security (CARES) Act.

Notably absent from the list is South Florida-based ULCC Spirit Airlines. A spokesman for the carrier said that Spirit “continues to work directly with the Treasury Department regarding our application for payroll assistance funds,” adding that the company “expects to agree on terms soon.”

Treasury Secretary Steven Mnuchin said in a statement that conversations with other airlines are still ongoing. The Treasury Department is working to review and approve applications for smaller airlines “as quickly as possible” and will issue updated guidance for cargo carriers and contractors “very soon.”

“We look forward to working with the airlines to finalize the necessary agreements and disburse funds as quickly as possible,” Mnuchin added.

American Airlines will receive $5.8 billion in total payroll assistance, consisting of a $4.1 billion grant and a $1.7 billion unsecured, low-interest term loan. The Dallas/Fort Worth-based carrier also plans to apply for a separate $4.75 billion loan under an additional $25 billion pot of loans and loan guarantees made available under the CARES Act. American said it will indicate in an upcoming securities filing the amount of warrants it will issue the Treasury as compensation, as required per the agreement.

The final terms of the payroll assistance will likely disappoint the airlines, which had lobbied for the payroll aid to consist entirely of grant payments. Under the deal clinched with the Treasury, 70% of the payroll assistance will be grants and 30% will be low-interest loans. In a further blow, the agreement stipulates that the Treasury will also receive warrants equal to 10% of the amount of the loan, which it can later convert into shares at a pre-determined price should it choose to.

The deal’s terms also disappointed airline employee unions, which had advocated firmly against including loans in the PSP. “Unfortunately, Treasury is undermining the intent of the CARES Act by treating a portion of the grants designed to protect jobs not as grants, but as loans, which will make it harder to stop layoffs and slow the recovery,” Air Line Pilots Association (ALPA) president Joe DePete said in a statement.

Under the CARES Act requirements, airlines accepting aid cannot cut positions through layoffs or furloughs, but they can trim staff through voluntary incentives such as early-retirement or paid leave packages. They are also barred from repurchasing stock or issuing dividends through Sept. 30, 2021, and must agree to certain limits on executive pay until March 24, 2022.

Airlines must also agree to maintain minimum levels of service to all points in their pre-pandemic networks to the extent “reasonable or practicable.” Carriers including Alaska Airlines, Allegiant Air and United Airlines have all submitted waiver requests for exemptions to cease flying to certain points in recent days because of persistently weak demand due to the COVID-19 pandemic.