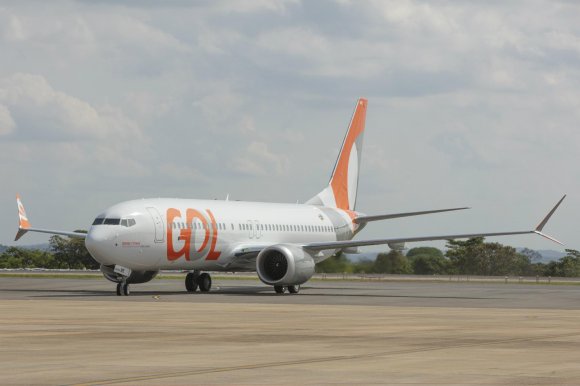 Over the past two weeks, the reductions in capacity across Latin America have accelerated rapidly. In the w/c March 30 the total available departure seats to, from and within the region almost halved to 3.3 million, and that number fell again to 2.3 million last week. The area with the most dramatic fall in capacity so far this year has been Lower South America, which has fallen from 4 million available seats per week at the start of January to now just over 300,000.

Last week Mexico saw the largest fall in total capacity, losing 222,576 seats, or 17.6% of the available total in the previous week. Brazil, traditionally Latin America’s largest aviation market, lost a further 49.7% of its available capacity, or just under 200,000 seats.

In Panama, the total market size shrunk by 92.3%, with just 13,303 seats available in the market last week.

LATAM Airlines Group, which at the start of the year was the largest carrier in the region by capacity, is now offering just 119,012 seats per week—down from 1.8 million at the start of 2020. This week LATAM said government financial support would be required in order to survive the COVID-19 crisis, with cash reserves to run out within four months.

Meanwhile GOL has been accelerating its cost saving measures, canceling an order for 34 Boeing 737 MAX jets. The carrier is now offering about 50,000 seats per week, down from more than 1 million at the start of 2020.

Fellow Brazilian carrier Azul, which this week announced it would be bringing in external consultants to support the carrier during the COVID-19 crisis, will operate charter flights to China with its A330s to repatriate Brazilian nationals and transport medical equipment.

Elsewhere Colombia’s Avianca has not offered any scheduled seats for the past two weeks, despite being the region’s third-largest carrier at the beginning of the year. However, this week it outlined plans to operate 544 frequencies from May 1, primarily from Bogota and San Salvador, El Salvador.