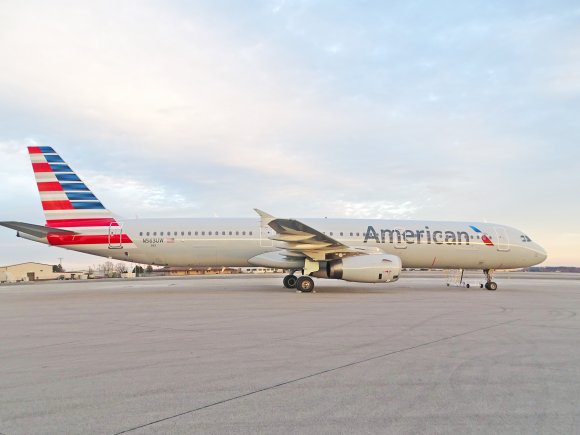 American Airlines has become the latest carrier to request exemptions to minimum service rules under the CARES Act.

The legislation requires carriers receiving aid to continue minimum levels of service to “all points” in their networks through Sept. 30. However, where multiple airports serve the same area, airlines will be able to consolidate operations at a single airport.

The 12 destinations the Fort Worth, Texas-based airline is seeking exemptions for broadly fall into three categories.

The case of Duluth (DLH), Minnesota sits in the first category. Prior to the COVID-19 pandemic, the oneworld member announced that it planned to discontinue service to and from DLH from April 27.

American operates one route from DLH, a 2X-daily service to Chicago O'Hare (ORD) that opened in May 2019, but wants to end it because it is “not profitable and did not meet expectations.” The airline still plans to discontinue this service and does not want to be prevented from doing so.

The second category where the airline is requesting exemptions is seasonal destinations. The carrier said it “appreciates the seasonal component added to the show cause order in the final order. However, not all seasonal services operate for full IATA seasons.”

American plans to offer service to a handful of cities it has historically operated and seeks exemptions for the periods when it does not operate. Destinations include: Anchorage (ANC), Alaska; Jackson (JAC), Wyoming; Kalispell (FCA), Montana; and Martha’s Vineyard (MVY) and Nantucket (ACK), both Massachusetts.

The third category listed in American’s DOT filing are all Hawaiian destinations. The airline is still operating one daily flight between Honolulu (HNL) and Los Angeles (LAX) but said “it is not reasonable or practicable” to offer similar services to Kahului (OGG), Kona (KOA), or Lihue (LIH).

“This is reinforced by the recent recommendation to limit all non-essential trips to the state of Hawaii. Additionally, a large percentage of Hawaiian travel is booked well in advance which makes it very difficult to restart service on short notice,” American said.

“Given the uncertainty of the permanent lifting of this severe travel restriction, American is requesting an exemption for service to OGG, KOA, and LIH until its planned resumption of service on August 18.”

On April 14, the DOT approved $5.8 billion in financial assistance for American from the Payroll Support Program, part of the CARES Act.

The funds, which are targeted to support staff salaries and benefits, will come in two forms: a direct grant of $4.1 billion, and a low-interest rate loan of $1.7 billion. In addition to the $5.8 billion, American expects to separately apply for a loan from the US Treasury of approximately $4.75 billion.

ULCC Spirit requested to drop 26 cities from its network, including Austin, New York, Pittsburgh, Portland, Richmond and San Francisco. However, the only request the DOT accepted was for Rafael Hernández International (BQN) in Aguadilla, Puerto Rico, which has been closed by the FAA.