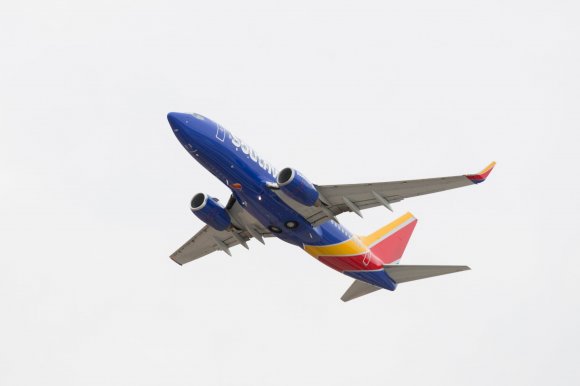 Of the routes operating across North America, figures provided by OAG show the largest amount of capacity was available between Denver (DEN) and Phoenix Sky Harbor (PHX). A total of 28,011 two-way seats were available last week across 178 flights. However, this was down from 37,596 seats and 245 flights during the previous seven days.

For comparison, only one of the top five North American routes by capacity last week were among the top five during the same week a year ago. This was LAX-SFO, which topped the list of routes by weekly capacity during w/c April 15, 2019.

Dallas-based Southwest was the largest airline by capacity in the North America market last week, offering 3 million seats. However, the figure represented a week-on-week fall of more than 1 million seats.

Overall capacity across the ‘big four’ US carriers—American, Delta, Southwest and United—totaled 7.15 million seats last week, a week-on-week reduction of 26%. A year ago, the four offered a combined total of 17.6 million weekly seats.

Spirit is yet to strike an agreement, but the ULCC said it “continues to work directly with the Treasury Department regarding our application for payroll assistance funds.” The airline added that it “expects to agree on terms soon.”

American will receive $5.8 billion in total payroll assistance, consisting of a $4.1 billion grant and a $1.7 billion unsecured, low-interest-rate term loan. In addition, the carrier expects to separately apply for a loan from the Treasury Department of approximately $4.75 billion.

“The support our government has entrusted to us carries immense responsibility and an obligation that American Airlines is privileged to undertake,” American CEO Doug Parker said.

“We recognize the importance of our service as evidenced by the customers who continue to fly today for important reasons, including medical professionals getting to where they are most needed and family members getting to where they feel most safe. It is our privilege to continue flying through the downturn and to be in a ready position as our country and the world return to the skies.”

Under the requirements of the CARES Act, carriers must agree to maintain minimum levels of service to all points in their pre-pandemic networks to the extent “reasonable or practicable.” As reported by Routes, American is seeking to halt or curtail flying to a dozen markets, while Alaska, Allegiant and United have also submitted waiver requests to the US Department of Transportation (DOT).

However, the DOT has largely denied requests for exemptions to minimum service rules from Spirit Airlines and JetBlue Airways.

Spirit requested to drop 26 cities from its network, including Austin, New York, Pittsburgh, Portland, Richmond and San Francisco. However, the only request the DOT accepted was for Rafael Hernández International (BQN) in Aguadilla, Puerto Rico, which has been closed by the FAA.

JetBlue had sought to suspend service to 11 markets but the only two points to which the DOT approved the exemptions are BQN and Mercedita (PSE), both on Puerto Rico.