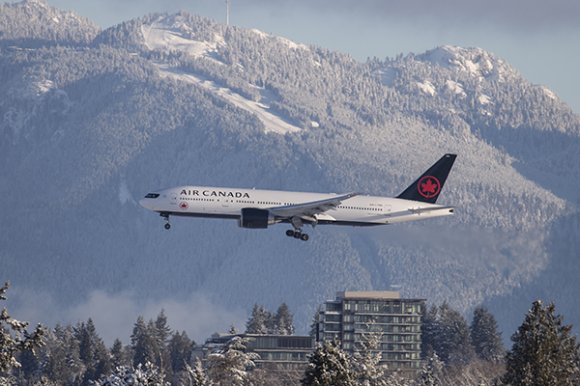 Air Canada will suspend its limited transborder flying on April 26, citing the extension of coronavirus-related joint travel restrictions put in place by Canada and the US, and reduced demand for repatriating Canadians.

The Canadian carrier has reduced its schedule by more than 90% in response to the COVID-19 outbreak that has all but eliminated demand for travel. It had kept limited service between its primary hubs in Montreal, Toronto, and Vancouver and 11 US destinations. But those flights will be removed starting April 27 and will remain off the schedule until at least May 22, the airline said.

Canada and the US adopted strict border restrictions on March 21, including a ban on non-essential travel. On April 18, the governments announced that the restrictions would be extend for at least another 30 days.

The original restrictions prompted most airlines to curtail or eliminate transborder service following a brief period of repatriation flying designed to get citizens back to their home countries. Following the repatriation flights, Air Canada was the only Canadian carrier operating scheduled transborder service, while several US carriers continue to fly a few routes between major US and Canadian gateways.