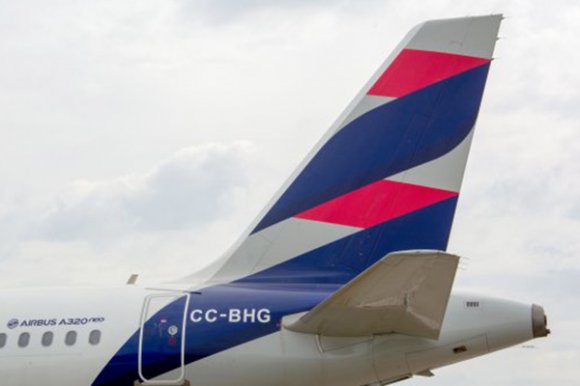 There were further large reductions in capacity across Latin America last week (w/c April 13). The total number of available departure seats from and within the region was just 1.68 million, down from 8.4 million during the same week in 2019.

The area with the most dramatic fall last week was Central America, where the number of departure seats reduced by 362,791 to give a weekly total of 772,372. The Caribbean also suffered a drop of almost 120,000, wiping off 41% of capacity compared with the previous seven days.

Mirroring the previous week, Mexico saw the largest fall in capacity in numerical terms. Airlines offered 693,550 departure seats from and within the country last week, 33% fewer than during the week before that. As of April 24, Mexico had 11,633 confirmed cases of coronavirus and 1,069 deaths. The country’s government has declared a national health emergency and suspended all non-essential activities in the public and private sector until May 30.

Peru experienced the second-largest capacity decrease in Latin America last week, with the number of seats in the country’s market falling by 65,605. This was 51% fewer than during the previous seven days. All borders in Peru are closed indefinitely and a national state of emergency has been declared.

The third-largest capacity reduction in numerical terms was in Cuba, as more than 27,000 weekly seats were lost. This meant the country’s market was 75.3% smaller last week than the previous week. All commercial and charter flights are currently suspended from entering or leaving Cuba.

Over the past week, Latin America’s largest carrier LATAM Airlines Group confirmed that the group and its affiliates would maintain a 95% reduction in passenger operations through May 2020.

During May, LATAM Airlines Brazil and LATAM Airlines Chile will operate reduced domestic flights to maintain minimum connectivity levels in Brazil and Chile. Subject to travel restrictions and demand, LATAM’s affiliates “will evaluate resuming flights in the countries where they are present.”

In terms of international services, LATAM Airlines Group plans to operate 6X-weekly frequencies between Santiago, Chile and Miami, while LATAM Airlines Brazil will fly 3X-weekly between São Paulo and Miami.

The group said its cargo subsidiaries, where operations have not been limited in the same way by travel restrictions, have increased their frequencies to support import-export businesses and the transport of essential goods and supplies. Capacity changes include a 40% increase between South America and Europe, a 15% rise between South America and Miami, and new cargo routes from Santiago to Mexico City and Los Angeles.

“A month and a half since various industry players signaled the greatest crisis the sector has ever faced, today we can see that its effects are deeper and will be longer lasting than we initially anticipated,” CEO of LATAM Airlines Group Roberto Alvo said.

“Faced with this adversity, it is inevitable that the group and its affiliates need to rethink their sizes and how they operate.”

Panama’s Copa Airlines this week said it hopes to resume operations on June 1 after the Panama Civil Aviation Authority ordered a 30-day extension to its suspension of all international flights meaning the ban will not be lifted until May 22. Between May 23 and 31, the airline also expects to be able to increase the number of humanitarian flights.

The carrier plans to resume service with approximately 10% of total existing operations prior to the impact of COVID-19, citing “low passenger demand in the short and medium term, a high volume of reservation cancellations, and the fact that most of the countries in the region have operational and entry restrictions in place.”