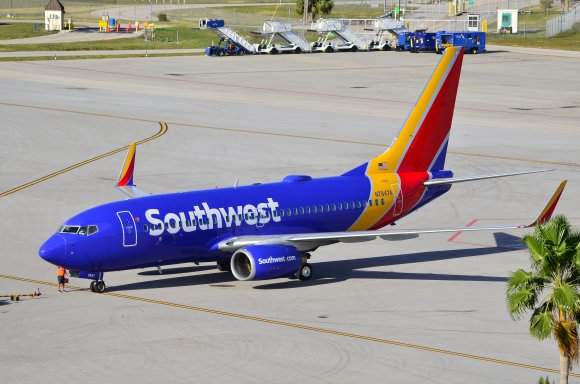 The total number of departure seats from and within North America dipped below the 8 million-mark last week (w/c April 20) although the rate of decline slowed. There were 7.9 million seats in the continent’s market during the week, a fall of 7.6% compared with the previous seven days. However, this followed a week when capacity had dropped by 27%. Overall, the OAG figures show that there were 16 million fewer departure seats from North America last week compared with the same week in 2019.

In the US, capacity last week totaled 7.6 million seats, while in Canada there were 263,894 departure seats. Domestic routes accounted for about 97% of capacity in the US and 84% in Canada.

The total US figure meant that China was the world’s largest aviation market by capacity for a second week running. During w/c April 20, there were 8.6 million seats in China’s market—958,698 more than the US.

On a route-by-route basis, the largest capacity reduction in numerical terms last week was between Atlanta (ATL) and Fort Lauderdale-Hollywood (FLL) where there were 4,869 fewer seats compared with the previous week. Boston (BOS)-Chicago O’Hare (ORD) reduced by 4,308 seats and Montréal-Trudeau (YUL)-Toronto Pearson (YYZ) by 3,801 seats.

Southwest Airlines was the largest airline in North America’s market by capacity for a third week running, as well as being the largest in the world. The Dallas-based carrier offered 2.83 million seats, a week-on-week reduction of 6.1%. During the same week in 2019, the airline’s capacity totaled 4.1 million.

Last week, the US Treasury Department disbursed an initial round of financial aid to passenger airlines worth $2.9 billion under the Coronavirus Aid, Relief, and Economic Security (CARES) Act.

The Treasury reported the first round of payroll support program (PSP) aid was distributed between two major airlines and 54 smaller carriers, although it did not identify any of the recipients. All funds made available under the $25 billion PSP are restricted to payment of employee wages, salaries and benefits.

The six large airlines that have agreed to final terms are Allegiant Air, American Delta, Southwest, Spirit Airlines and United. Since then, Alaska Airlines and affiliate Horizon Air have finalized their agreement with the Treasury, receiving $992 million—in the form of a $725 million grant and $267 million loan—to be used exclusively toward continuing to pay employee salaries, wages and benefits.

Meanwhile, Delta became the first US airline to report results for the March quarter, reporting a first quarterly losses in more than five years. The Atlanta-based carrier recorded a $534 million net loss on total revenue of $8.6 billion in the three months to the end of March, down 18% year-over-year. The company expects revenues to be down by 90% in the second quarter.

Spirit Airlines May 2020 Routing consolidations as of 26APR20

Delta May 2020 New York area domestic operations as of 26APR20