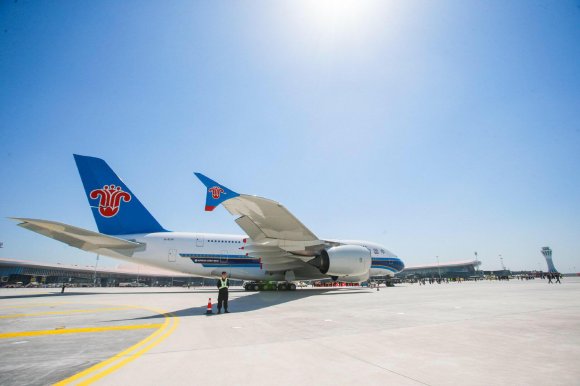 The rate of capacity decline across Asia-Pacific slowed again last week (w/c April 20), with a 1% drop in the number of available departure seats. Capacity totaled 16.9 million seats, a week-on-week reduction of 167,521.

However, the overall figure masks the fact that capacity dropped in four out of five regions, with only South East Asia posting a moderate rise. After some steep declines in recent weeks, South East Asia’s market grew by 126,228 seats, an increase of 4.5% on the previous seven days.

Japan’s market shrank by almost 150,000 seats last week, equating to a 7.1% fall compared with the previous seven days, as capacity dipped below the 2 million mark. However, although a nationwide state of emergency is in place until May 4, the country has so far managed to avoid the huge capacity reductions seen in other nations.

In numerical terms, China recorded the second-largest drop in capacity with almost 70,000 fewer seats. However, the sheer size of the country’s market means this only equated to an 0.8% fall and ensured China retained its place as the world’s largest aviation market. Malaysia ranked third for overall capacity reduction, with the number of departure seats in its market declining by 40,015, a 33.6% reduction week-on-week.

Although capacity continues to contract in some countries, there are signs of growth in others. Vietnam’s government is progressively allowing flights to increase again, relaxing restrictions on some domestic routes in the country, including increasing the number of permitted frequencies on flights between the capital Hanoi (HAN) and Ho Chi Minh City (SGN).

Domestic services are also slowly beginning to resume in South Korea, which was one of the worst countries hit by the COVID-19 crisis but now has the outbreak under control. The country’s market increased by 35,000 departure seats last week, a rise of 5.5%.

Indonesia’s domestic market had been less affected than many other countries in the region and the schedules data shows capacity rose by 5.5% last week. However, on April 24 the Indonesian government banned scheduled passenger services until June 1.

China Southern Airlines last week retained its place as the largest airline by capacity in the Asia-Pacific region, despite a slight 1% reduction in departure seats. In total, the airline offered 1.34 million seats, of which 99% were domestic. During the same week a year ago, the carrier operated 2.16 million domestic seats and 420,000 international seats.