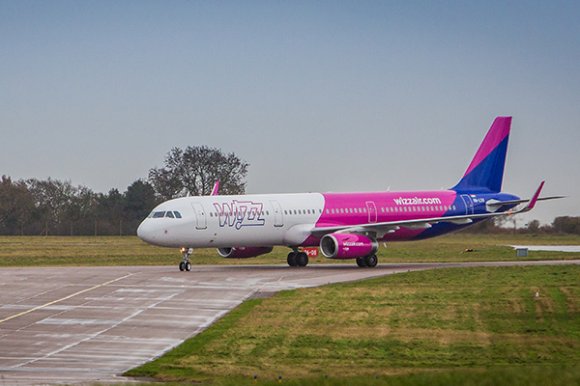 Central and Eastern European airline Wizz Air has unveiled plans to grow its operations in Ukraine, with a new base in Lviv and network expansion from Kharkiv.

The ULCC will base one Airbus A320 at Danylo Halytskyi International (LWO) in Lviv from July 1 and open five new routes to Billund (BLL) in Denmark, Hamburg (HAM) in Germany, Lisbon (LIS) in Portugal, Szczecin (SZZ) in Poland and Tallinn (TLL) in Estonia. Wizz Air will also launch two routes to TLL and Berlin Schönefeld (SXF) from Kharkiv (HRK).

Wizz Air is currently operating about 3% of its intended capacity. However, speaking during Aviation Week Network’s latest Air Transport Webinar last week, CEO and founder József Váradi said he expects the carrier to restart operations at a rate of about 30% of the originally intended capacity, rising to 75-80% in existing markets within two to three months.

The ULCC has since confirmed plans to resume flights out of London Luton (LTN) and Vienna (VIE) from May 1 with new protocols put in place to help ensure the health and safety of passengers and crew.

It plans to implement measures to support physical distancing during boarding and enhanced cleanliness on board. Cabin crew will be required to wear masks and gloves. Sanitising wipes will be distributed to each passenger.

Passengers will also be told to check-in and make any purchases online, such as paying for additional bags. All payments on board will be contactless-only.

As part of this, “much attention” will be paid to the growth of LCCs to increase the proportion of low-cost aviation routes from 38% to 63%.

Although there are no LCCs competing in Ukraine’s domestic market, Wizz Air and Ryanair have been key drivers for the international low-cost growth.

According to data from OAG Schedules Analyser, the proportion of low-cost seats in Ukraine totalled 17% in 2019, up from 10.9% the previous year.