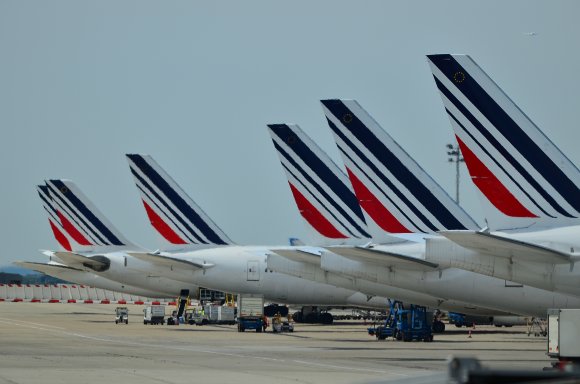 France’s economy minister has called for Air France to drastically reduce its emissions, partly by cutting domestic flights, in return for a total of €7 billion ($7.6 billion) in loans the French state has promised the Air France-KLM group to help it survive the COVID-19 crisis.

“This support to Air France is not a blank check,” France’s economy minister Bruno Le Maire said in a video posted on Twitter April 30, echoing the words of Air France-KLM CEO Ben Smith April 24 after the French state granted the funding.

“We have held long negotiations and we have fixed conditions, with the first condition one of competitiveness,” Le Maire said. “Air France must make efforts to become more profitable and more competitive.”

The airline must also meet new sustainability targets, Le Maire said, echoing calls in many European countries for state bailouts to help airlines weather the coronavirus crisis to be conditional on environmental targets.

France wants Air France to cut its CO2 emissions per passenger kilometer by 50% by 2030 compared with 2005 levels, Le Maire said.

“We want Air France to reduce the volume of its CO2 emissions from flights within metropolitan France by 50% by the end of 2024,” Le Maire added, describing the target as a “new and drastic condition” which should lead to a re-evaluation of transport options within France.

The French government wants Air France to become the world’s most environmentally respectful airline, Le Maire said, adding that this had been an essential condition of signing the state loan agreement.

As the aviation industry has been brought to its knees by the COVID-19 crisis, environmental campaigners have been stepping up calls for sustainability conditions to be placed on state bailouts for airlines.

Andrew Murphy, aviation manager at lobby group Transport & Environment, said: “France’s green requests are a first but we had non-binding commitments for years and airline pollution ballooned. Governments should require the industry to take up greener fuels and pay taxes like the rest of us.”

The Netherlands has also pledged to support KLM with €2-4 billion in funding and the Dutch government has said KLM will not be able pay dividends or award bonuses for the duration of the financial assistance and staff will have to take pay cuts with the highest earners making the largest contribution. KLM will also have to make a contribution in terms of sustainability and nuisance reduction, for example by cutting back the number of night flights.