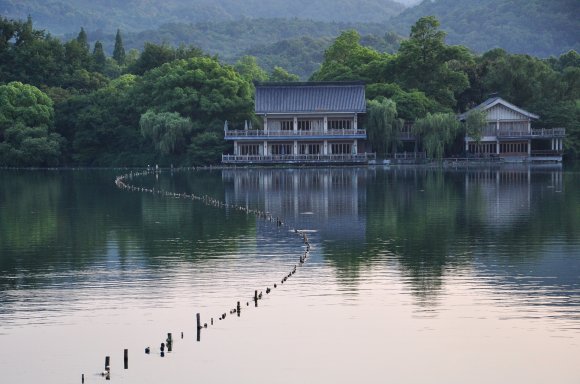 Vietnam Airlines is to add another Chinese route to its network from July with flights linking Ho Chi Minh City and Hangzhou.

As reported by Airlineroute, the carrier plans to offer a 4X-weekly service from July 2 using Airbus A321 aircraft. Flights are currently scheduled to operate on Mondays, Thursdays, Fridays and Sundays.

Hangzhou is the capital of the coastal Zhejiang province in eastern China, home to a population of about 10 million inhabitants. The city and surrounding region are popular holiday hotspots, with tourists drawn to the scenic West Lake.

Data from Sabre Market Intelligence shows 42,228 two-way passengers flew indirect between SGN and HGH in 2019, a rise of 30% on the previous 12 months. Nanning (NNG) was the largest one-stop market, with 38% of passengers traveling via the Chinese city which is located close to the border with Vietnam.

Vietnam Airlines operated 43 routes between China and Vietnam in 2019, deploying the most capacity on flights between Hanoi (HAN) and Shanghai Pudong (PVG). OAG figures show its two-way capacity between the two countries totaled 2.1 million seats last year, down from 2.2 million in 2018.

The planned new route to Hangzhou comes as Vietnam’s Ministry of Transport has begun to relax some restrictions imposed in response to the COVID-19 outbreak. This has included the resumption of numerous domestic routes and frequency increases.

As well as beginning the new Hangzhou service, Vietnam Airlines has in the last few weeks filed plans to expand service to Russia, operating on scheduled charter basis. As reported by Airlineroute, this includes flights between Cam Ranh/Nha Trang (CXR) and Moscow Sheremetyevo (SVO).