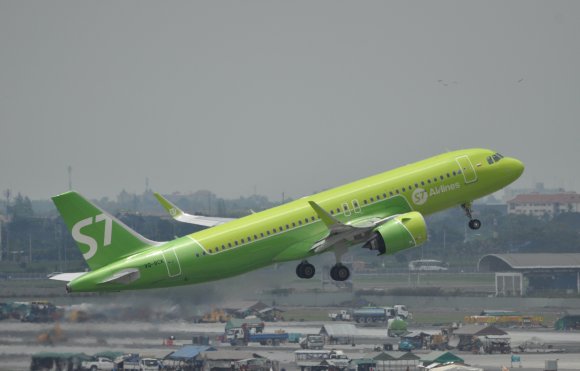 Russia remained the largest aviation market in Europe last week (w/c April 27) with 733,845 departure seats. The figure was almost a third higher than during the previous seven days although it represented a 1.3 million drop compared with the same week a year ago.

Moscow Domodedovo (DME) added the largest number of departure seats last week, with an increase of almost 56,000 to total 138,131. About 83% of the seats on offer were to domestic destinations. Moscow Sheremetyevo (SVO) added the second largest number of seats, up 30,608 week-on-week, while an additional 18,572 were offered from St Petersburg Pulkovo (LED).

Interestingly, Aeroflot has slipped to third place in the list of largest Russian carriers by capacity. The SkyTeam member offered 192,632 seats last week, behind the group’s LCC subsidiary Pobeda and Oblast-based S7 Airlines, which offered 269,892 and 213,380 seats respectively. S7’s total was 56.4% higher than during the previous week.

Carriers across Europe have begun to take tentative steps to begin restoring their networks.

The Dutch flag-carrier said routes would gradually be reopened from May 4, but may change weekly, depending on measures being taken by the authorities at the destinations. The flights will be on board Embraer aircraft.

Hungary’s Wizz Air resumed flights out of London Luton (LTN) and Vienna (VIE) from May 1 and plans to launch six new routes from LTN to be operated by its British subsidiary Wizz Air UK. The first, to Faro (FAO) in Portugal, will begin on June 16 followed by flights to Corfu (CFU), Heraklion (HER), Rhodes (RHO) and Zakynthos (ZTH) in Greece from early July and to Marrakesh (RAK) in October.

The Central and Eastern European ultra-LCC has also unveiled plans to grow its operations in Ukraine, with a new base in Lviv (LWO) and network expansion from Kharkiv (HRK), and open five routes to Abu Dhabi. The routes will connect the capital of United Arab Emirates with Budapest (BUD), Hungary and Bucharest (OTP), Romania from June 3, with flights from Katowice (KTW) in Poland, Sofia (SOF) in Bulgaria and Cluj-Napoca (CLJ) in Romania following on Sept. 15.

Speaking at the group’s annual general meeting earlier this week, Lufthansa chairman and CEO Carsten Spohr said it would begin to increase capacity from next month. “Starting in June, we are planning the first phase of our new start with a noticeable expansion of our current flight schedule,” he said.

“However, it is going to be a very slow start-up phase and we expect that global demand will on only find its new balance in 2023. It will be new because it will be a balance on a lower level.”

Elsewhere in Europe, the European Commission (EC) has approved the French state’s €7 billion ($7.7 billion) funding package to help Air France-KLM withstand the COVID-19 pandemic. However, Air France must make environmental efforts in return for the financing, which will result in cuts to domestic flights.

Norwegian has also won support from shareholders, bondholders and aircraft lessors for a $953 million debt-for-equity swap and raise up to $39 million from the sale of new shares. The debt conversion and share sale will allow the airline to tap government funding of up to NOK2.7 billion ($396 million).