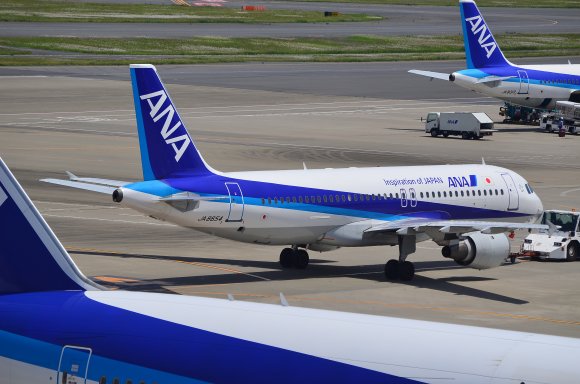 The number of departure seats across the Asia-Pacific region increased last week (w/c April 27) for the first time since the COVID-19 crisis began. Capacity totaled 17.7 million seats, a rise of 5% on the previous seven days.

The OAG data shows there was growth in four of the five regions, with North East Asia leading the way in numerical terms. Total capacity in North East Asia increased by 987,227 seats to 12.59 million, a rise of 8.5%.

China was once again the largest aviation market in the world last week as capacity moved beyond the 9 million mark. There were in excess of 500,000 departure seats last week, a 6% rise on the previous seven days. A total of 8.97 million seats in China’s market were on domestic flights.

South Korea recorded the second largest capacity increase in numerical terms, with the country’s government winning praise for bringing the number of COVID-19 cases under control. The number of departure seats grew by 188,292 last week, a week-on-week rise of 27.9%. Japan’s market also expanded by a similar number of seats, increasing by 185,322 to 2.13 million seats.

Elsewhere in the region, the Civil Aviation Authority of Thailand has granted permission for 28 airports in the kingdom to resume domestic operations, although only from 7 a.m. to 7 p.m. In the Philippines, all incoming international flights have been halted from May 3 to May 10 as a step to tackle the backlog of testing for returning Filipino workers and citizens via repatriation flights.

China Eastern Airlines overtook China Southern Airlines as the largest provider of capacity in the region. The carrier offered 1.31 million seats last week, up by 13.4% on the previous seven days, while China Southern operated 1.30 million. In numerical terms, Japan’s All Nippon Airways added the largest number of seats, growing by 155,393.

Jetstar Asia this week extended the suspension of services until May 31 in line with the Singapore government’s restrictions. However, limited flights to Manila, Bangkok and Kuala Lumpur to repatriate citizens and permanent residents, or those with prior written approval for travel, will continue.

Air New Zealand Cargo is entering a partnership with the country’s government to ensure critical cargo transport lines are maintained. The International Airfreight Capacity agreement with the Ministry of Transport will allow exporters and importers the ability to access key markets in a world where available air freight capacity is reduced due to the COVID-19 pandemic.

“We are working to offer connectivity to and from the United Kingdom and Europe, as well as Houston and Chicago via Los Angeles and San Francisco, Hong Kong and Narita gateways,” Air New Zealand general manager cargo Rick Nelson said.

Qantas has officially placed Project Sunrise on hold, citing the impact of the COVID-19 pandemic on air travel. The airline had planned to order Airbus A350-1000 for the ultra-long-haul routes. CEO Alan Joyce said there remains “huge potential” for ultra-long-haul services but admitted that “the time is not right” for Project Sunrise.

The airline has been exploring the launch of nonstop routes from the east coast of Australia to various destinations in Europe and North America for the past three years and hoped to begin services from 2023.

Bangkok Airways S20 operations as of 03MAY20

Thai Lion Air S20 planned operation as of 03MAY20

Thai Smile S20 planned operation as of 03MAY20