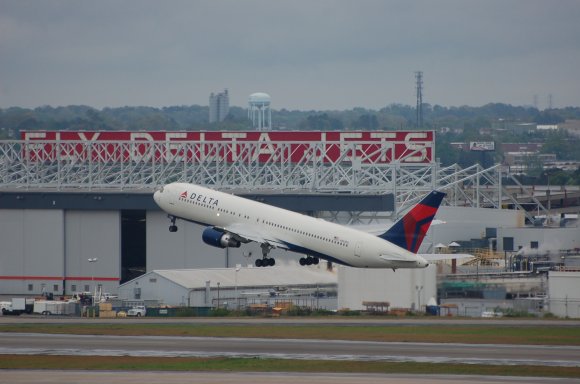 After two weeks of more moderate capacity declines—with week-on-week falls of 7.6% and 5.2%—the rate of decline in North America’s market accelerated again last week (w/c May 4). Data from OAG shows there were 5.37 million departure seats from and within the region, a drop of 28.3% compared with the previous seven days.

The US accounted for 5.1 million and Canada 243,489. The figures mean that the US market is now 77% smaller than it was this time last year, while Canada’s market has reduced by 87.8%. The latest schedules data indicates there will be a slight rise in total North America capacity this week, up by about 1.8% to 5.47 million seats.

Looking at the year-on-year figures, the number of available weekly seats from ATL was 80% lower last week compared with w/c May 6, 2019. This equated to almost 1 million fewer departure seats. Los Angeles (LAX) recorded the second-largest year-on-year weekly capacity decline in numerical terms, down 821,422 seats, and Chicago O'Hare (ORD) was just behind with a fall of 814,280 seats.

The below infographic shows the top 10 airports in North America by departure seats last week, compared with the same week a year ago.

Airlines last week deployed the most capacity between DEN and Las Vegas (LAS), with 20,068 two-way seats on offer. DEN-Phoenix Sky Harbor (PHX) ranked second with 19,825 seats, and DFW-LAX was third with 17,649.

The biggest week-on-week drop in two-way capacity was between Miami (MIA) and ORD, with the market declining by 11,626 seats to 5,786. DEN-San Francisco (SFO) also suffered a five- figure capacity drop, down 10,589 seats to 9,566. Flights between Orlando (MCO) and MIA completed the top three, with the market 9,472 seats smaller than during the previous seven days.

Southwest Airlines remained the largest airline in North America last week by capacity, offering 1.44 million seats. However, this was a drop of 45% on the previous seven days. American Airlines was the second largest with 1.3 million seats, down 28.7% week-on week, and Delta Air Lines was third with 815,165 seats, down 7.9%.

The US Department of Transportation (DOT) last week granted approval for JetBlue Airways and Spirit Airlines to temporarily cut service to 16 large hubs across the country after revising its CARES Act service obligation exemption criteria.

Delta has confirmed plans to retire its last McDonnell Douglas MD-88 and MD-90 aircraft ahead of schedule. Prior to the COVID-19 crisis, the airline intended to retire the MD-88s at the end of the year and continue operating the MD-90s into 2022. However, both aircraft types will now be phased out in June.

But despite the ongoing cuts to its network, the Atlanta-based carrier has signed its long-planned joint venture (JV) agreement with LATAM Airlines Group on routes between North and South America. The deal was agreed in September 2019.

“Late last year, we set out to build the leading strategic alliance in Latin America together with LATAM, and while the industry landscape has changed, our commitment to this joint venture is as strong as ever,” Delta CEO Ed Bastian said.

“Even as our carriers contend with the impact of COVID-19 on our business and take steps to protect the safety of our customers and employees, we are also building the airline alliance we know they’ll want to fly in the future.”

Roberto Alvo, CEO of LATAM, added: “Our bilateral strategic alliance with Delta remains a priority and we firmly believe that it still promises to offer customers the leading travel experience and connectivity in the Americas.”

Air Canada week of 10MAY20 Domestic operations as of 03MAY20