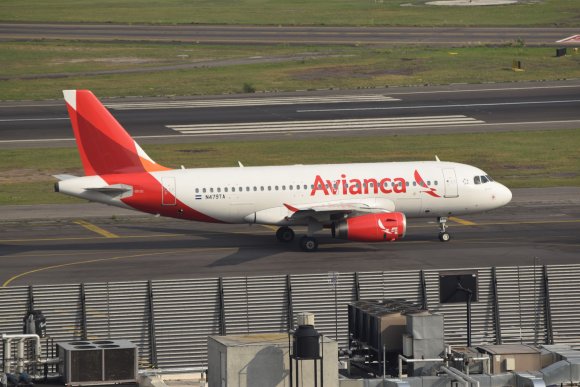 Avianca, one of the largest airlines in Latin America, has filed for Chapter 11 bankruptcy in the US, blaming the coronavirus pandemic for the “most challenging crisis” in its 100-year history.

The Colombian carrier sought bankruptcy protection in a New York court on Sunday (May 10) having so far failed to secure a government bailout.

It said the move was forced by the “unforeseeable impact” of COVID-19, given that its scheduled passenger operations have been grounded since mid-March and consolidated revenues have reduced by more than 80%.

CEO Anko van der Werff added the process was a “necessary step” to address its financial challenges and emerge as “a better, more efficient airline that operates for many more years.”

“When government-mandated air travel restrictions are lifted and we are able to gradually resume our passenger flights, we look forward to welcoming back our furloughed employees and playing a leading role in restarting the economy in Colombia and our other key markets,” van der Werff said.

Avianca is directly responsible for more than 21,000 jobs throughout Latin America, including 14,000 in Colombia. The Bogota-based airline carried in excess of 30 million passengers last year to 76 destinations in 27 countries in the Americas and Europe.

It hopes the restructuring of its balance sheet and obligations will allow the carrier to protect jobs and “comprehensively address liabilities, leases, aircraft orders and other commitments.”

In parallel to its Chapter 11 filing in the US, the airline intends to close its operations in Peru, saying the decision “supports essential right-sizing efforts and will allow Avianca to renew its focus on core markets upon emergence from its court-supervised reorganization.”

Avianca is the world’s second-oldest airline behind Dutch carrier KLM. The airline celebrated its centenary last November, just six months after long-time owner Germán Efromovich was ousted as chairman in a boardroom coup led by United Airlines and Kingsland Holdings.

According to analysis of data provided by OAG Schedules Analyser, Avianca’s capacity totaled 37.6 million seats in 2019—a rise of 2.4% on the previous 12 months. The figures include its subsidiaries in Ecuador and Costa Rica, as well as Taca International Airlines. Only LATAM Airlines Group and GOL Linhas Aereas offered more seats from and within Latin America last year.

Avianca offered 56.3% of all available domestic seats in Colombia last year, well ahead of LATAM Airlines Group in second with 19.9%, as well as offering 47.2% of all international seats. The carrier’s biggest service by two-way capacity linked BOG and MDE, offering in excess of 3.4 million seats on the route.