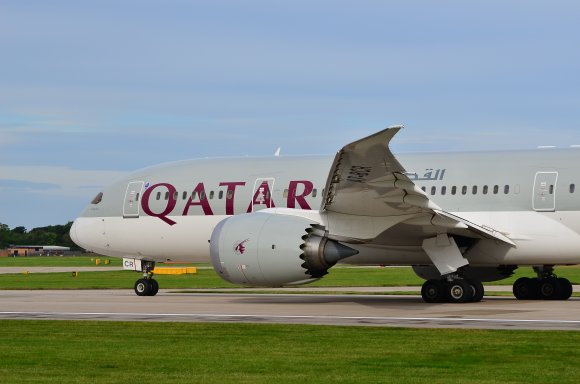 The number of departure seats from and within the Middle East reduced for a tenth consecutive week last week (w/c May 4), falling by more than 100,000 to 1.03 million departure seats. This represented a drop of 11.8% compared with the previous seven days. There are now 3.5 million fewer weekly seats in the region’s market compared with this time last year.

Capacity reduced the sharpest in Saudi Arabia, with the nation’s market shrinking by 69.1% compared with the previous week. The reduction of 257,610 departure seats meant 115,221 seats were on offer from the country last week.

However, there continues to be signs of growth in some markets. More than 56,000 departure seats were added in Oman, meaning its market has grown by in excess of 100,000 seats in the past two weeks, while Bahrain recorded an increase of 48,370 seats. Capacity also rose in the UAE and Iraq.

Qatar Airways intends to increase the number of destinations it is serving over the coming weeks. The airline has retained services to about 30 destinations over the past month but plans to raise this number to 52 by the end of May and to 80 by the end of June.

“As we follow the indicators of the global travel market on a daily basis, we continue to focus on our mission—how we can enable mobility for our customers and provide them with seamless connectivity to their final destination,” Qatar Airways CEO Akbar Al Baker said.

“We have built a strong level of trust with passengers, governments, trade and airports as a reliable partner during this crisis and we intend to continue delivering on this mission as we gradually expand our network.”

Qatar Airways said the 80 destinations would include 23 in Europe, four in the Americas, 20 in the Middle East and Africa, and 33 in Asia-Pacific. Many cities will be served with “a strong schedule with daily or more frequencies.”

Etihad Airways this week announced plans to resume a regular service between the UK and Australia. Flights will start on May 15 with a regular scheduled service from Melbourne (MEL) to London Heathrow (LHR) via Abu Dhabi (AUH). The route will be operated using a Boeing 787-9 with economy and business cabins.

Emirates Group has posted a profit of AED1.7 billion ($456 million) for the financial year ended March 31, 2020—down 28% from last year. The group’s revenue reached AED104 billion ($28.3 billion), a decline of 5%. Emirates CEO and chairman Ahmed bin Saeed Al Maktoum said the group was on track to hit its business targets until the COVID-19 crisis hit.

“We expect it will take 18 months at least, before travel demand returns to a semblance of normality,” he added. “In the meantime, we are actively engaging with regulators and relevant stakeholders, as they work to define standards to ensure the health and safety of travellers and operators in a post-pandemic world.”

After some moderate signs of growth in recent weeks, capacity declined across all regions of Africa last week. The overall number of departure seats across the continent reduced by more than 150,000, equating to a week-on-week fall of 18.1%. East Africa experienced the largest decrease in numerical terms, down by in excess of 70,000 seats.

On a country basis, South Africa’s market recorded the largest drop in numerical terms, down by 47,472 departure seats. Algeria and Ethiopia were second and third, contracting by 38,679 and 27,922 respectively.

Ethiopian Airlines operated 53,000 fewer seats last week than during the previous seven days, a week-on-week reduction of 65.1%. However, the carrier’s CEO Tewolde GebreMariam this week told Bloomberg it is prepared to help rescue other African carriers that are suffering as a result of the COVID-19 pandemic.

He said Ethiopian is in talks with Mauritius’ government about saving insolvent Air Mauritius and is ready to enter into similar talks with other struggling airlines. “The Mauritian government is thinking of restarting that business with Ethiopian Airlines. We are at the initial point of the discussion to see what kind of partnership or joint venture it will be,” GebreMariam said.