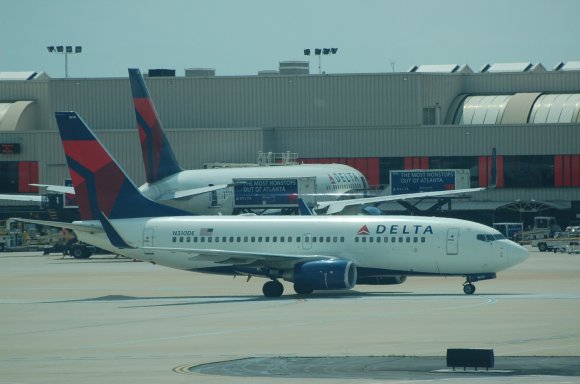 Delta Air Lines will consolidate service from 10 secondary airports into nearby metro hubs as it looks to eliminate unprofitable flying while adhering to minimum service levels in the CARES Act stimulus law.

The moves will see Atlanta-based Delta suspend service to 10 airports serving seven large metro areas effective May 13 through September 30. The CARES Act allows airlines to consolidate operations across multiple airports serving the same market, as long as they maintain minimum service levels to the area.

In all cases where service is being eliminated, another airport with Delta service is located within a roughly one-hour maximum driving distance from the affected point. In Southern New England, for example, the airline is axing service to Boston Manchester Regional (MHT) and T.F Green (PVD) in Providence, Rhode Island, in favor of its Boston Logan (BOS) hub. Meanwhile in New York, the carrier’s Westchester County Airport (HPN) and Stewart International (SWF) service will be collapsed into New York's JFK.

Delta said affected airports will remain closed “until at least September 2020” as it continues to evaluate overall network needs. Customers whose travel plans were impacted by the changes will be re-accommodated. All employees will continue to receive CARES Act payroll protection support through September 30.

“The safety of our employees and customers remains our primary focus as we navigate these challenges together,” Delta SVP of domestic airport operations Sandy Gordon said. “By consolidating operations while customer traffic is low, we can allow more of our people to stay home in accordance with local health guidelines.”

Delta cut capacity by 85% across its second-quarter schedule, including 90% international cuts and 80% domestic. The company submitted an exemption request with the Transportation Department (DOT) to cut service to nine more airports, all of which it argued should be eligible for consolidation despite being left off a list of qualifying airports included in the final order.

Other carriers have looked toward consolidating airports as a way to limit cash-burn caused by the CARES Act service obligations. JetBlue Airways was the first, announcing early last month plans to consolidate operations in the Boston, Los Angeles, New York, San Francisco and Washington metro areas from April 15 through June 1. Hawaiian Airlines has also done so, collapsing Long Beach into Los Angeles and Oakland and San Jose into San Francisco.

Despite the self-help measures, Airlines for America (A4A) president and CEO Nicholas Calio criticized the service obligation as an “unsustainable requirement” at a Senate hearing last week, calling on lawmakers to provide relief from the mandate.

“The cost associated with operating nearly empty flights to communities with little to no demand significantly exacerbates air carrier liquidity,” Calio said. “Make no mistake, as the duration of this pandemic lingers, the reasonability and practicality of this requirement significantly diminishes."