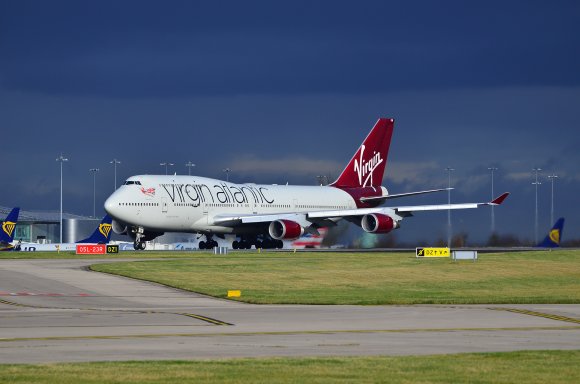 The airline intends to operate 31 routes during the season, 24 of which will be from London Heathrow (LHR)—up from the 16 originally planned for this summer. It will also fly from Manchester (MAN), Glasgow (GLA) and Belfast (BFS) in the UK, but not from London Gatwick (LGW).

The carrier took the decision to exit its base at LGW earlier this month as part of a series of measures being implemented to help it survive the COVID-19 pandemic. However, it plans to retain its slot portfolio at LGW “so it can return in line with customer demand.”

As a result, all Caribbean flying from LGW will shift to LHR for the summer 2021 season, which begins on March 28. Virgin Atlantic also plans to maintain all current US destinations from LHR, although fights to New York Newark (EWR) will be discontinued, as announced in March.

The LHR-TLV route, launched in September 2019, will also become double-daily, while the new winter seasonal service to Cape Town (CPT) will continue into April.

From MAN, Virgin Atlantic will fly to ATL, BGI, JFK, LAX and MCO. However, flights to BOS and LAS are being dropped. The airline has also not confirmed what will happen to the planned MAN-DEL route, due to start this winter. Seasonal service to MCO from GLA and BFS will be maintained.

Flight times and planned frequencies of all routes has yet to be announced.

“As the COVID-19 crisis stabilises and demand gradually returns, we are looking forward to welcoming our customers back and flying them safely to their favourite destinations,” Virgin Atlantic CCO Juha Jarvinen said.

“We have taken the opportunity to pause, reflect and reshape our 2021 flying programme looking at efficiencies in our fleet and connectivity across our network, to ensure it is fit for the future, flying to the destinations we know our customers love to fly.”

On Tuesday (May 12), Richard Branson’s Virgin Group announced plans to sell up to 25,000,000 Virgin Galactic shares to raise funds for the group’s travel businesses, including Virgin Atlantic. The carrier has so far failed to secure a UK government bailout and is in the process of cutting up to 3,150 jobs.