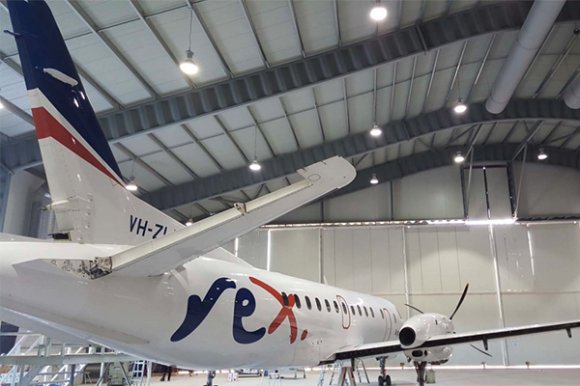 In a stock market disclosure, Rex confirmed it is “exploring the feasibility of this idea.” Rex operates 60 Saab 340 turboprops on regional routes, but would likely need to add narrowbody jets to enter the market between Australia’s East Coast state capitals.

The Sydney-Melbourne route was the world’s third-busiest domestic service before the COVID-19 crisis, according to data from CAPA and OAG. Routes to the other state capitals also attract significant traffic. These markets are traditionally contested by Qantas and Virgin Australia, but the severe financial difficulties of the latter potentially present an opportunity to Rex.

Launching such operations would require about A$200 million ($129.4 million) in funding, Rex estimates. The airline said it has been approached by “several parties interested in providing the equity needed” and has begun discussions with them.

The Rex board will make a decision within the next eight weeks as to whether to proceed with the concept. If it goes ahead, it would launch the trunk route operation in March 2021.

“At this juncture the Rex board believes that with sufficient capital injection, there is a confluence of circumstances” which make the new services “a particularly compelling proposition,” the airline said.