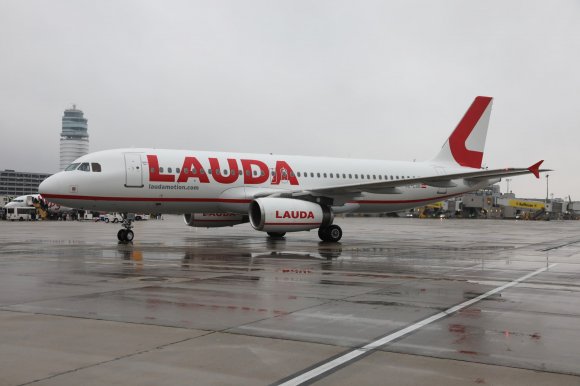 Ryanair Group is preparing to close Lauda’s Airbus A320 base at Vienna (VIE) on May 30 unless an agreement over cost reductions can be reached.

Group CEO Michael O’Leary warned that the airline would only survive the COVID-19 crisis with “deep restructuring” of the base.

In a video presentation released alongside its full-year financial results, O’Leary said talks were already underway unions in relation to staff savings. However, unless a deal is struck by May 20, the group expects to close Lauda’s main base with 300 job losses.

“The Vienna base will close at the end of May if the Austrian unions don’t agree to a new CLA [collective labor agreement] with pay cuts and productivity increases for pilots and cabin crew,” O’Leary said.

“Frankly, it would be cheaper to ground the Airbus aircraft in Vienna and not fly them than it would to continue to fly them with an ineffective and disastrous CLA.”

O’Leary admitted it was unlikely that the unions would agree to the reforms. However, he said that the VIE base, which is home to half of Lauda’s 30 A320s, could “survive and thrive” if a deal is reached. Other bases in Dusseldorf (DUS) and Stuttgart (STR) in Germany as well as Palma de Mallorca (PMI) in Spain will remain open.

The Austrian airline’s fleet has been grounded since March 17 as a result of the coronavirus crisis and the LCC is having to “completely rethink” its strategy and “significantly lower” its growth plans. Lauda has already canceled the delivery of eight A320s from lessors this year and abandoned plans to operate a base in Zadar, Croatia.

Although traffic grew to 6.4 million in the 12 months to March 31, Ryanair said the airline “underperformed” during the year amid “intense price competition from Lufthansa subsidiaries in its core Austrian and German markets.”

Competition in VIE has been fierce since NIKI’s failure and the airport has become a battleground for LCCs, coupled with the expansion of Eurowings and Austrian Airlines to defend their market share.

OAG Schedules Analyser data shows that there were 6.16 million low-cost departure seats on offer from VIE in 2019, compared with 3.96 million in 2018. Lauda commanded a 7.1% share of all available departure seats, behind Austrian on 43.7% and Eurowings on 7.4%.

According to schedules filed before the COVID-19 crisis, Lauda intended to operate flights to 73 destinations from VIE during the summer 2020 season and offer 1.7 million departure seats.

As well as the planned restructure of Lauda, Ryanair Group has entered consultations about further base closures across Europe, with up to 3,000 jobs set to be affected. The group has not revealed which bases have been earmarked for closure, but O’Leary said the focus was on loss-making operations in the UK, Spain and Germany.

He added: “If we don’t secure pay cuts across the board in Europe, other bases in Italy, Belgium and Central and Eastern Europe will also be up for closure.”

Most of Ryanair's fleet was grounded from mid-March by coronavirus-related travel restrictions. The group said the travel bans reduced traffic by 5 million passengers and profit by more than €40 million.

The airline hopes to operate a daily schedule of almost 1,000 flights from July 1, with service from “most” of its 80 bases across Europe. Its planned schedules from July would restore 90% of its pre-COVID-19 route network and 40% of capacity.