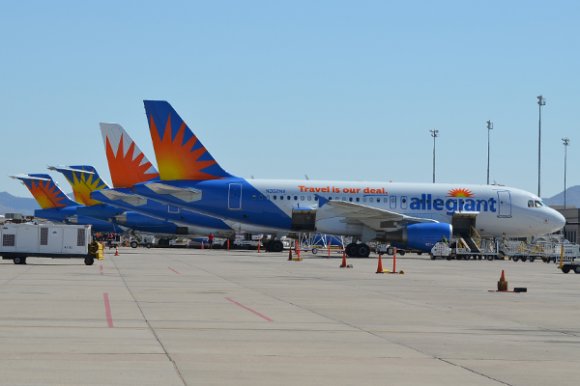 Allegiant Air has seen signs of life in some domestic leisure markets where government restrictions have been relaxed, although the timeline to recovery in other key destinations remains unclear.

Since watching demand bottom out in mid-April because of the COVID-19-related demand drop, the Las Vegas-based ULCC reports “steady growth” in flight search activity on its website, translating into a modest bookings uptick centered around beach destinations in Florida’s West Coast and Panhandle.

That aligns with an industry-wide consensus that leisure travel will outpace corporate and international flying during the initial stages of the pandemic recovery, a trend that has been confirmed by similar upticks in Florida bookings reported by JetBlue Airways and Spirit Airlines.

Surveys of Allegiant customers show steadily improving travel sentiment, with two-thirds reporting plans to travel by year's end. Of those, half said they will stay in a hotel or rental property, while one third plan to visit friends or relatives and 20% will travel between their primary and secondary residences—data points which all bode well for the prospects of a leisure travel recovery later this year.

“I know a lot of people that just want to get out and rumble. People are tired of sitting at home. We travel amongst ourselves on the weekends, and coming out of Southern California, I can tell you there are people on the beaches,” Allegiant CEO Maury Gallagher said on the company’s first-quarter (Q1) earnings call.

Despite the positive signs coming out of Florida, however, management acknowledges the timeline for recovery in other top resort destinations like Orlando and Las Vegas remains uncertain, with any resumption in demand largely dependent on the reopening of large attractions like Disney World and the Las Vegas Strip.

As a result of the COVID-19 pandemic, Allegiant will remove up to 25 of its Airbus A320-family jets, totaling roughly a quarter of its fleet. The company plans to end the year with around 85 aircraft total, down from 102 prior to the pandemic. Unlike many of its peers, Allegiant does not have an extensive orderbook, and only expects to receive two aircraft in 2021 with no commitments afterward.

Gallagher is looking toward the used aircraft market as a potential advantage for Allegiant during the current downturn, noting that prices for used planes and parts are becoming increasingly attractive. The company has a history of flying used aircraft—namely the MD-80—but in recent years has chosen to pursue new aircraft instead as used prices have risen.

“Going forward, the market will favor buyers, not sellers, as has been the case the past few years,” Gallagher said. “We will be able to use our expertise, as we did with the MD-80s, to purchase aircraft and associated parts at what we believe will be substantial discounts to recent prices.”

Allegiant cut capacity by 87% in April, and is managing schedules for May and June on a weekly basis. Gross bookings have fallen 85% year-over-year to $750,000 per day, well off the lows of $250,000 per day seen in April. Daily Q2 cash burn is expected to total $2.1 million, with estimated burn rates in Q3 expected to fall to $1.5 million.

Allegiant lost $33 million in Q1, on $448 million in total revenue. The company is in good shape in terms of liquidity, with $981 million in short-term cash and investments on hand, and access to a further $163 million during Q2, including $67 million in additional CARES Act payroll support. A further $276 million in loans from the stimulus law are available through the end of September, should the company require them.