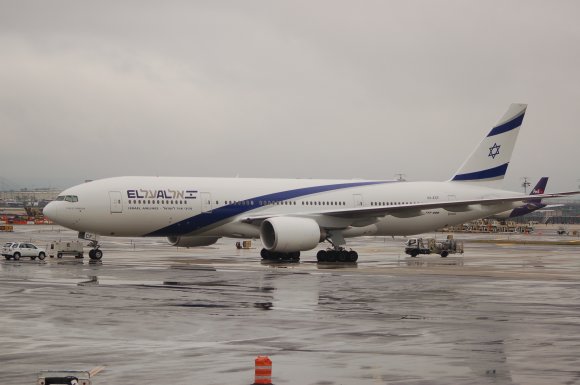 Following steep double-digit drops in recent weeks, the rate of capacity decline from and within the Middle East slowed last week (w/c May 11) to 2.7%. In total there were 1 million departure seats in the region’s market, a slight fall of 28,000 seats week-on-week. However, the figure meant that the Middle East’s capacity has shrunk by 3.53 million weekly departure seats year-on-year.

Given the relatively stable number of departure seats last week, there was little change on a country-by-county basis.

Iran remains the region’s largest aviation market by capacity with 281,176 seats. About 89% of this was domestic as only non-Iranians are currently able to depart from the country.

However, IranAir has maintained links with Baku (GYD), Azerbaijan as well as Dubai (DXB) and Istanbul (IST), while Qatar Airways continues to provide service to Doha. The number of confirmed COVID-19 cases in Iran has now reached 122,000, with in excess of 7,000 deaths.

The below infographic shows the number of weekly departure seats by country a year ago (w/c May 13, 2019) compared with last week.

IATA has urged the governments of Jordan and Saudi Arabia to provide urgent financial relief to airlines.

The organisation said that revenues generated by carriers in the Jordanian market will fall by $700 million compared with 2019, a 52% drop. That puts nearly 34,400 jobs and $1.1 billion of GDP—generated by aviation directly or by aviation-related tourism—at risk, IATA said.

“The consequences for the Jordanian economy are severe. Urgent financial support from the government is needed now to keep the sector alive.”

In the United Arab Emirates, where the number of cases is about 23,000 with 220 deaths, the government has begun to gradually ease travel restrictions. From May 13, tram, marine and shared transportation services were permitted to resume.

Abu Dhabi-based Etihad Airways and Dubai-based Emirates are also taking steps to restore their networks. However, passengers will only be able to board the flights if they comply with the eligibility and entry criteria requirements of their chosen destination. This includes an approval from the Federal Authority for Identity and Citizenship for UAE residents who wish to return to Dubai.

Etihad last week restored service from Melbourne (MEL) to London Heathrow (LHR) via its hub in Abu Dhabi (AUH). The MEL-AUH-LHR route will be served once weekly using Boeing 787-9s. Flights between Sydney (SYD) and LHR, with a transit connection in AUH, will also begin on May 26.

In addition, the airline has announced that through the rest of May and June, it will add new services to Belgrade (BEG), Dublin (DUB), Geneva (GVA), Milan (MXP), Paris Charles de Gaulle (CDG) and Toronto (YYZ).

Emirates is adding more destinations to its network from May 21. The airline will restore operations from DXB to CDG, Chicago (ORD), Frankfurt (FRA), LHR, Madrid (MAD), MEL, MXP, SYD and YYZ.

Subject to government approvals, flights will be daily to LHR; 3X-weekly to FRA, MAD, MEL, MXP, CDG and SYD; and 2X-weekly to ORD and YYZ. All routes will be operated using Boeing 777-300ER aircraft.

“We are working closely with the authorities to plan the resumption of operations to additional destinations,” Emirates COO Adel Al Redha said. “We have implemented additional measures at the airport in coordination with the relevant authorities in respect to social distancing and sanitization.”

Qatar Airways is also increasing its operations this week. From May 20, the airline will restart flights from Doha (DOH) to Brisbane (BNE) using Airbus A350-1000 aircraft.

The airline is resuming services after previously receiving short-term approval to operate to Brisbane from late-March to early April. During this period, it helped to repatriate 5,000 passengers and transported more than 270 tonnes of cargo, including Australian agriculture exports.

Qatar Airways continues to operate to 16 destinations in Europe, including London, Frankfurt, Paris and Amsterdam, with plans to add an additional seven European destinations by the end of June.

Meanwhile, Israel’s national carrier El Al Israel Airlines has warned that it may not be able to continue as a going concern without emergency financial support from the country’s government. The airline is negotiating with lenders and Israel’s Ministry of Finance to obtain a loan of $400 million, most of which will be backed by a state guarantee.

“Given the uncertainty over the completion of said assistance, which is essential to allow the company to address the consequences of the crisis at this stage, the company estimates that there are significant doubts about its continued existence as a going concern,” El Al said in a statement released alongside its full-year financial results.

CEO Gonen Usishkin appealed to the government to support the carrier. He said: “El Al is one of the Israeli economy's most significant corporate casualties from the coronavirus crisis, and for this reason we asked the Israeli government to assist El Al as most countries in the world have done.”

Overall capacity from and within Africa reduced by 4.5% last week to 668,128 departure seats, down from 699,568 during the previous seven days. In Southern Africa the market shrank by 35.4% to just 64,518 seats, while North Africa’s market reduced by 10.7% to 247,858 seats. However, there was a moderate rise in the Central/Western Africa and Eastern Africa regions, with capacity nudging up by 10% and 11% respectively.

Cameroon Civil Aviation Authority (CCAA) has initiated a series of consultations with the African Development Corporation, Agency for Air Navigation Safety in Africa and Madagascar and administrations to explore how to safely restart flights.

The CCAA said that with the imminent resumption of commercial services at Yaoundé (NSI) and Douala (DLA) airports, it is in the process of defining measures to ensure safety and security at these airports and the smooth running of operations.

Tanzania’s Minister for Works, Transport and Communications Isack Kamwelwe has stated that the country reopened to international operations from May 18. Commercial passenger flights, diplomatic flights and operations related to humanitarian aid are now allowed into Tanzania without any restrictions.

Ghana’s Minister for Aviation Joseph Kofi Adda has stated he intends to “push on” with the project to establish a new national carrier despite the COVID-19 crisis. Speaking to Business24, he said hopes to engage with investors and conclude an agreement in late 2020 or early 2021. “I think the challenges posed by the pandemic give us an opportunity to lead the way in the sub region,” he added.

Angola’s Bestfly has taken delivery of a second ATR 72-600 aircraft from ACIA Aero Leasing. The carrier has recently been awarded a flight support contract by Exxon Mobile and anticipates further contract wins in the coming months.

ACIA CEO Mick Mooney said: “Bestfly’s operations have so far shown resilience to the current downturn in the aviation industry and the Bestfly team has been able to expand their operations when others have had to shrink.”

El Al S20 Manchester inventory changes as of 14MAY20