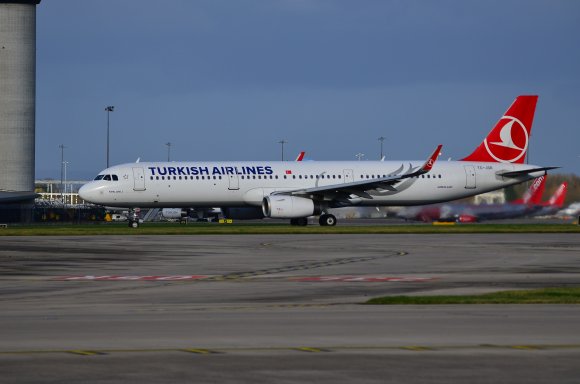 OAG figures show that the number of departure seats across Europe totaled around 3.85 million last week (w/c May 4), a week-on-week increase of 5.2%. However, the actual figure is likely to be lower because of some discrepancies with the schedules data of certain carriers. Ryanair, for example, is listed as operating in excess of 4,700 weekly flights—with nearly 900,000 seats—when the Irish carrier currently has a skeleton schedule of about 30 flights per day in place.

During the same week in 2019, there were 28.7 million seats in Europe’s market, meaning it is at least 87% smaller in size than it was a year ago. It is also the eighth consecutive week that the market has been 50% or more smaller than it was during the same period in 2019. Europe’s 87% year-on-year reduction is once again the biggest cut in percentage terms among world regions.

The European Commission has presented a package of guidelines and recommendations to help its member states gradually lift travel restrictions and allow tourism businesses to reopen.

The measures set out a phased and coordinated approach for restoring freedom of movement and lifting internal border controls. The first phase outlines how travel restrictions should be lifted between countries and regions with similar epidemiological situations.

“We aim to create safe conditions in every mode of transport, to the extent possible, both for people traveling and transport workers,” Commissioner for Transport Adina Vălean said.

“As we re-establish connectivity, these guidelines will provide authorities and stakeholders a standard framework. Our priority is to restore mobility as soon as possible, but only with clear provisions for safety and health.”

The travel restrictions put in place across Europe to control the spread of COVID-19 resulted in a 98.6% reduction in passenger traffic across the continent during April 2020, compared with the same month a year ago. The figures published by ACI Europe found this equated to a loss of 202 million passengers.

To put this in context, over 500 European airports handled just 2.8 million passengers in April 2020–roughly the number handled by Dublin Airport (DUB) alone in April 2019.

“Europe’s airports are on their knees,” ACI Europe director general Oliver Jankovec said. “They have lost more than 315 million passengers since the start of the COVID-19 outbreak and they will pass half a billion passengers lost before the end of May.”

The above infographic shows the change in the number of weekly scheduled seats operated by Europe’s 10 largest full-service carriers between w/c Feb. 3 and w/c May 11. The airlines collectively offered 608,388 seats between them last week, more than 9.1 million fewer than at the start of February.

Turkish Airlines has suffered the largest drop in capacity during the time period, given that the airline’s fleet remain grounded until May 28 at the earliest. However, it is understood the Star Alliance member intends to restore up to 60% of its domestic network in June and add international flights to 19 countries.

Lufthansa has lost the second-largest volume of seats, with last week’s capacity of 82,584 down by more than 1.5 million on the start of February. Despite this, the airline is restoring a string of destinations over the coming weeks. As reported by Airlineroute, Lufthansa has filed schedule resumptions for flights from Frankfurt (FRA) to Dubai (DXB), Mexico City (MEX) and Toronto (YYZ) among others.

Air France’s weekly capacity of 65,192 seats last week is 1.1 million fewer than during w/c Feb. 3 although it too hopes to gradually restore its network in June. By the end of June, it is aiming to operate about 15% of its normal schedule using 75 of its 224 aircraft. Routes earmarked for resumption include Paris Charles de Gaulle (CDG) to Cairo (CAI), DXB and Milan (MXP).

Since the end of March, Air France has been operating between 3-5% of its usual schedule, with a focus on maintaining service to the French regions and links with key destinations in Europe. The SkyTeam alliance member warned the new schedule was likely to change and said increased flights were subject to government authorizations.

Elsewhere in Europe, Eurowings plans to add 40 destinations to its network in June, with a focus on connecting German cities with leisure hotspots like Palma (PMI) on the island of Mallorca, Spain. In addition, domestic connections from Cologne/Bonn (CGN), Düsseldorf (DUS), Hamburg (HAM), Munich (MUC) and Stuttgart (STR) will be “significantly increased.”

Finnair has also announced it will gradually add frequencies and routes back to its network from July. On long-haul routes, the carrier will connect Helsinki (HEL) to Beijing (PEK) and Shanghai (PVG) in China, subject to government approval; to Nagoya (NGO), Osaka (KIX) and Tokyo Narita (NRT) in Japan; as well as Bangkok (BKK), Hong Kong (HKG), Seoul (ICN) and Singapore (SIN).

Delhi (DEL) and New York (JFK) will return as Finnair destinations in August, while flights to Tokyo Haneda (HND) will come back in November. Finnair also has flights to Miami (MIA) and Thai resorts Krabi (KBV) and Phuket (HKT) lined up for the winter holiday season.

On May 18, airBaltic resumed flights from Riga (RIX) to Tallinn (TLL) and Vilnius (VNO), and from TLL is restarting flights to Amsterdam (AMS), Copenhagen (CPH), Oslo (OSL) and VNO. It also plans to resume direct service from RIX to HEL and MUC on May 25, and from RIX to Berlin (TXL) on June 1.

As reported last week, Ryanair is seeking to operate a daily schedule of almost 1,000 flights from July 1, with service from “most” of its 80 bases across Europe. Its planned schedules from July would restore 90% of its pre-COVID-19 route network and 40% of capacity.

However, this week Ryanair Group said it was preparing to close Austrian subsidiary Lauda’s Airbus A320 base at Vienna (VIE) on May 30 unless an agreement over cost reductions can be reached.

Ryanair Group has also entered consultations about further base closures across Europe, with up to 3,000 jobs set to be affected. The group has not revealed which bases have been earmarked for closure, but group CEO Michael O’Leary said the focus was on loss-making operations in the UK, Spain and Germany.

However, there has at last been some better news for Scandinavian LCC Norwegian. The airline has finalized a recapitalization and secured state aid amounting to NOK3 billion ($299 million). The company said it has now converted NOK12.7 billion of debt to equity and laid “a solid foundation for the future,” although it has admitted the next months will still be challenging.

“Norwegian will still need to collaborate closely with a number of creditors as the company currently has limited revenues,” CEO Jacob Schram said.

Virgin Atlantic NW20 operation changes as of 16MAY20