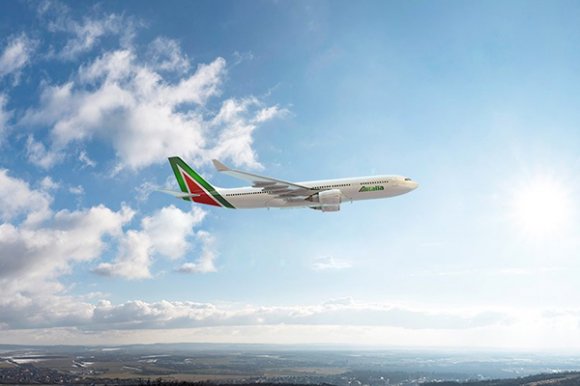 Alitalia said it would resume its nonstop Rome (FCO)-New York (JFK) service, FCO flights to Madrid and Barcelona and fly direct between Milan (MXP) and southern Italy from June 2, boosting June flight activity by 36% over May.

The airline said it would fly 30 routes to 25 airports, including 15 in Italy and 10 abroad, and forecast that it would increase its activity to about 40% of the levels planned before the COVID-19 crisis in the third quarter.

Alitalia filed for bankruptcy three years ago. After a fruitless search for an investor, the Italian state moved to nationalize the carrier to save it at the peak of the coronavirus crisis and set out plans to invest at least €3 billion ($3.2 billion) in relaunching the airline.

Italy’s economic development minister Stefano Patuanelli has previously said Alitalia would be relaunched in June with a reduced fleet of around 90 aircraft.

In Milan, Alitalia said it would continue operating out of MXP until Linate (LIN) reopens. It will add two daily flights from MXP to Bari (BRI) as well as Catania (CTA) and Palermo (PMO) unless restrictions on air transport to/from Sicily are extended.

Those extra flights will be in addition to eight daily services to FCO it is already operating and Alitalia will also add four daily flights to/from Cagliari (CAG), Alghero (AHO) and Olbia (OLB), all on Sardinia.

From FCO, where Alitalia has already increased services to and from CAG from four to six daily services, the airline will increase flights to and from CTA and PMO from six to eight per day.
“In June the airline will connect its hub in Rome Fiumicino airport with Alghero, Bologna, Bari, Genoa, Lamezia Terme, Milan, Naples, Olbia, Pisa, Turin, Venice and, abroad, besides New York, with Barcelona, Brussels, Frankfurt, Geneva, London, Madrid, Munich, Paris and Zurich,” Alitalia said in a statement. “Flight offerings will increase according to the trend in demand, which is already recovering on some domestic routes, and benefiting from the progressive abolition by foreign countries of restrictions on flights and passengers from Italy, as well as from lower disincentive guidelines for travel to Italy."

In June and July it will also continue cargo services to China, with 25 cargo services scheduled for June, following 15 operated in March and April and 24 planned for May.

Alitalia said that in April, it operated about 10% of flights compared to the same month of the previous year and about 12% in the first half of May.