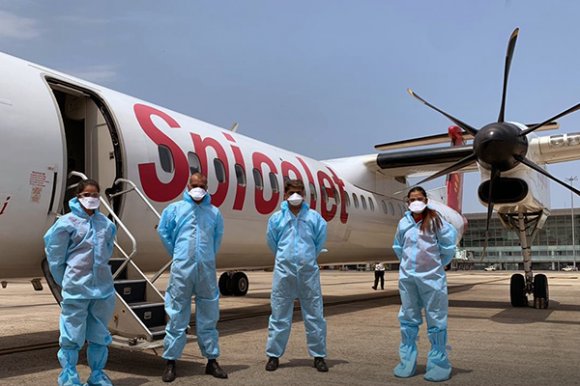 Overall capacity across the region increased last week (w/c May 11) for a third consecutive week. The total number of departure seats from and within Asia-Pacific rose by 3% to 19.2 million seats. However, the rate of growth was slower than during the previous two weeks, when capacity rose by 5% during each seven-day period.

As in previous weeks, North East Asia was the driver for the growth. Capacity surged by 6.2% to 14.4 million seats, helping to offset a week-on-week reduction of 14.4% in South Asia. Central Asia and South East Asia recorded more moderate declines of 4.8% and 1.5% respectively.

More than 800,000 departure seats were added in China last week, taking the country’s total capacity to 11.1 million. The figure is the highest since early February when strict lockdown measures were imposed to halt the spread of COVID-19.

The country continues to be by far and away the largest aviation market in the world, with the US in second on 5.06 million seats. China’s ongoing recovery means capacity is 70.9% of what it was this time last year. This compares with 22.6% in the US and 49.2% in Japan, the world’s first and third biggest aviation markets in 2019 respectively.

The below infographic charts the US and China’s weekly scheduled airline capacity changes since the beginning of the year.

Elsewhere Asia-Pacific, capacity continues to edge up in Vietnam as more domestic flights are added. The total number of scheduled seats rose by 3.8% last week to 585,025, with a jump of 28% expected this week. On Tuesday (May 19), the country celebrated the 130th anniversary of the birth of former president Ho Chi Minh by announcing the imminent end of its COVID-19 outbreak, with no locally transmitted cases reported for 33 consecutive days.

India is also preparing to resume domestic operations after a two-month shutdown. Civil aviation minister Hardeep Singh Puri said flights would begin gradually from May 25, adding that airports and carriers would soon be given guidelines to follow. Special operating procedures (SOP) for passenger movement will also be issued.

Ajay Singh, chairman and MD of Spicejet, welcomed the decision and said: “This resumption will go a long way in lifting the overall economic sentiment in the country. While the SOP for the resumption of operations and details of flights to be operated is still awaited, we are sure that this much-awaited move will help a large number of passengers by providing them access to the safest and quickest means of transport.”

Nine of the top 10 largest airlines by capacity in the region last week were Chinese, with each one increasing the number of seats on offer week-on-week.

China Southern Airlines led the way by adding more than 360,000 departure seats to its network, a rise of 25.3% compared with the previous seven days. The increase means the former SkyTeam member offered close to 1.8 million weekly seats from and within the Asia-Pacific region, equivalent to 70% of its capacity this time a year ago.

The only non-Chinese airline in the top 10 was Japan’s All Nippon Airways which offered 1.1 million seats, a reduction of 2.7% on the previous week. Just 43,000 of ANA’s seats were on international routes and the airline has this week further reduced service to overseas territories.

Vietnam Airlines June 2020 International operations as of 20MAY20