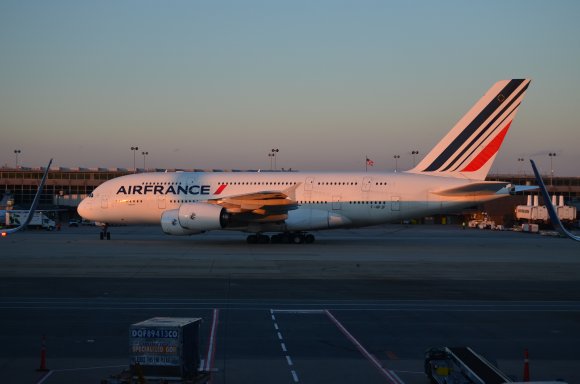 Air France’s fleet of Airbus A380s this week became the latest victim of the COVID-19 pandemic after the airline confirmed that its remaining nine aircraft would not be returning to service.

The SkyTeam alliance member originally planned to phase out the superjumbo by 2022, but the date has been brought forward in light of the current crisis facing the aviation industry.

Five of the A380s are owned by Air France or on finance lease, while four are on operating lease. All nine are currently in storage and will not return to scheduled service once coronavirus-related travel restrictions are lifted.

“In the context of the current COVID-19 crisis and its impact on anticipated activity levels, the Air France-KLM group announces today the definitive end of Air France Airbus A380 operations,” a statement said.

The Air France-KLM Group expects the overall impact of the phase-out to amount to a writedown of €500 million ($550 million) and will be booked in the second quarter of 2020 as a non-current cost/expenses.

Air France said its A380s would be replaced by A350s and Boeing 787s as part of a strategy to make its fleet more competitive and reduce its environmental footprint.

The carrier took delivery of its first A380 in 2009 and later added a further nine. However, the first to leave its fleet made its final flight in February this year, landing at Knock (NOC) in Ireland to be disassembled and turned into spare parts.

According to analysis of data provided by OAG Schedules Analyser, Air France offered 2.67 million A380 seats in 2019, accounting for 4.5% of its total available capacity.

The airline was the sixth largest A380-operator in the world during the year behind Emirates Airline (31.6 million seats); Singapore Airlines (4.5 million); Lufthansa (3.2 million); Qatar Airways (3 million) and Etihad Airways (2.68 million).

In 2019, Air France operated A380 equipment on a total of 11 routes during the year, all of which originated at Paris Charles de Gaulle (CDG). More than 550,000 two-way seats were deployed between CDG and New York John F Kennedy (JFK) across 1,069 flights. 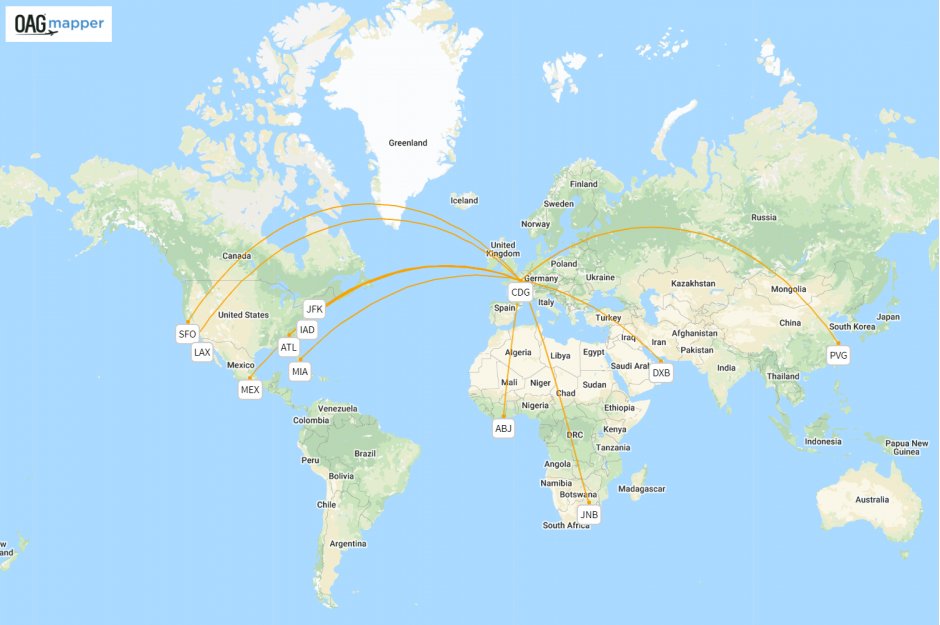 Air France’s decision to withdraw its nine A380s immediately follows confirmation from Lufthansa that it will phase out six of the aircraft type. Reports suggest that the German airline is also set to announce a seventh superjumbo will be retired, shrinking its fleet from 14 to seven.

If Lufthansa does remove a seventh aircraft, almost half of Europe’s A380 fleet won’t return to the skies after the COVID-19 pandemic is over when compared with the number operating in 2019.

Last year Lufthansa had 14 A380s, British Airways had 12, Air France had 10 and Portuguese charter operator Hi Fly had one. While BA and Hi Fly’s fleet remain unchanged for now, 17 A380s are set to disappear from the fleets of Lufthansa and Air France.