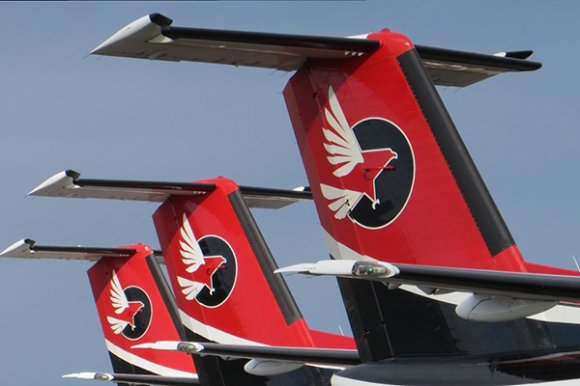 RavnAir Alaska, a regional carrier that before the COVID-19 crisis had provided connectivity throughout the state of Alaska prior to shutting down in April, appears to have a way forward that will allow it to resume operations this summer.

The carrier, which is in Chapter 11 bankruptcy protection, announced it has been conditionally approved by the US Treasury Department to move forward and seek payroll grants under the Coronavirus Aid, Relief, and Economic Security Act (CARES Act) payroll support program.

“This assistance will help pave the way for buyers who are seeking to purchase the entire [Ravn] Air Group, maximize creditor recoveries, and enable a successful exit from Chapter 11 that will preserve Alaska’s largest and most vital regional air carrier and the many jobs and essential air service it provides,” RavnAir said in a statement.

In a recent interview with Routes, RavnAir president CEO Dave Pflieger described the airline as being “like the national carrier of Alaska,” providing essential passenger services connecting Alaskans throughout the state and carrying medicine and perishables for grocery stores in its cargo holds.

Pflieger said the Treasury Department’s tying of grant availability under the CARES act to the percentage of available seat miles (ASMs) operated in the US had prevented RavnAir from getting approval for grants since RavnAir, while Alaska’s most significant air operator, only had about “0.05% of the ASM pie” in the US, no comparison to major airlines such as American Airlines that received billions of dollars in CARES Act relief.

Pflieger had pushed the Treasury Department to develop a “carve out” from the ASM formula in the payroll grant program to enable RavnAir to receive relief. “There’s nothing about ASMs in the [CARES] statute,” he said. The issue appears to have now been resolved.

RavnAir said it “has worked with its Debtor in Possession (DIP) lenders to develop a process for the airline to sell all, substantially all, or a substantial part of its assets on Wednesday, June 17 and next week Ravn will be asking the federal bankruptcy judge handling the company’s Chapter 11 case to approve that process.”

Pflieger said in a statement: “The opportunity to receive CARES Act Grants and work with our DIP lenders on a sale process means there is a new path forward by which Ravn could resume operations later this summer.

“Now, instead of only one path, a planned liquidation, qualified parties who meet strict bidding criteria and guidelines will be able to buy the entire Air Group … This is a game-changer for our creditors, our employees, our customers, and the many communities we have served for decades.”

Before it filed for Chapter 11 protection on April 5—following a 90% drop in bookings and revenue because of COVID-19 and a resultant state-mandated travel ban to slow the spread of the pandemic—RavnAir employed 1,300 people. Its fleet operated more than 400 flights per day, carrying over 750,000 passengers per year.