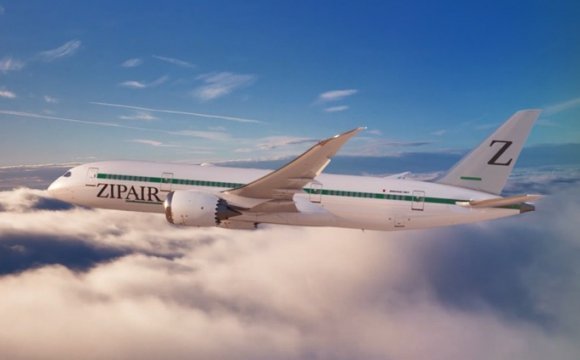 Japan Airlines (JAL) subsidiary ZIPAIR Tokyo will take to the skies for the first time next month, but not as a long-haul LCC as originally planned.

The startup will make its service debut as a cargo-only airline, with its maiden flight taking place on June 3 between Tokyo Narita (NRT) and Bangkok Suvarnabhumi (BKK).

ZIPAIR previously hoped to begin passenger service between the two destinations from May 14, before launching flights to Seoul (ICN) in July. However, the COVID-19 pandemic halted those plans.

“Since the announcement of our business in May 2018, our employees have united to prepare for the launch of medium and long distance LCC services. Unfortunately, in light of the current situation, we are not able to launch passenger flights to Bangkok,” ZIPAIR president Shingo Nishida said.

“As people around the world find new ways to promote their businesses, we decided to take a step forward by temporarily launching cargo-only flights between Japan and Thailand.”

ZIPAIR has now submitted an application to Japan’s Ministry of Land, Infrastructure, Transport and Tourism to launch the cargo-only flights, which would operate 4X-weekly on board its Boeing 787-8 aircraft. Details of its first passenger flights will be announced later in the year.

Nishida added: “As a new airline that looks to serve a diverse customer base, our employees will continue to prepare for the much-anticipated launch of passenger flights to destinations throughout the world.”

JAL, which already has a stake in Jetstar Japan, first unveiled details of the proposed long-haul LCC in May 2018. The name ZIPAIR Tokyo was announced in March 2019, with JAL explaining the name had been chosen as zip “describes speed, such as how fast time can pass when traveling on a unique airline.”

“In addition, the brand name incorporates the idea of traveling to destinations in various zip codes, while aiming to create a calculated travel experience that encompasses the originality and ingenuity of the Japanese culture,” JAL said.

In April, Routes reported that ZIPAIR had applied to the US Department of Transportation (DOT) to launch daily service between NRT and Honolulu Daniel K. Inouye International (HNL) from the start of the IATA winter 2020 season.