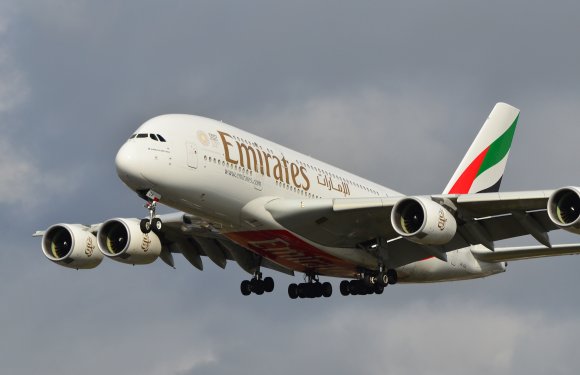 Following steep double-digit drops in recent weeks, the rate of capacity decline from and within the Middle East slowed last week (w/c May 18) to 2.7%. In total there were 1 million departure seats in the region’s market, a slight fall of 28,000 seats week-on-week. However, the figure meant that the Middle East’s capacity has shrunk by 3.53 million weekly departure seats year-on-year.

Saudi Arabia has this week begin the process of easing its lockdown restrictions, with mosques reopening and travel within cities allowed once more. However, there is no sign yet of international travel bans being lifted.

Similarly, some restrictions have been eased in the United Arab Emirates, and Emirates resumed service to nine destinations. Dubai’s Department of Tourism and Commerce Marketing hosted an online forum with tourism and aviation partners in the hope of mapping out a return to normality in the emirate.

The below infographic shows the number of weekly departure seats by country a year ago (w/c May 20, 2019) compared with last week.

Kuwait became the third country to lift severe restrictions, effective on 30 May, with a partial curfew coming into place.

Emirates president Tim Clark outlined the carrier’s commitment to its A380 aircraft post-COVID-19, saying he believes the super-jumbo would continue to have a place in its fleet.

“We’re not getting rid of any of them apart from I think three that are coming out and nine 777s that were scheduled to come out this year,” he told the Financial Times.

“[The A380 has a] place in the Emirates international network on the scale it has before. Albeit not today or fully next year, but the year after I think there will be a place for it and I think it is going to be extremely popular.”

Etihad, however, is reported to be mulling the future of its Airbus operations. UK newswire Reuters reported that, following the plans to lay off 1,200 staff, the airline is considering permanently grounding the A380 and canceling its A350 aircraft order.

The move would follow in the footsteps of European counterpart Air France, which last week announced it would be phasing out its entire A380 fleet.

Africa suffered another fall in capacity last week, with overall departure seats dropping by another 9.1%. The largest fall by numbers was in North Africa, which lost an additional 25,842 seats, or 10.4% of the remaining market. In West Africa as similar amount of seats were lost, representing 12.2% of a the remaining market.

Concerns continue over Cape Town, which has been described by President Cyril Ramaphosa as a “hot spot” for the virus, as he warned the people of South Africa to expect a worsening in the country.

"The coronavirus pandemic in South Africa is going to get much worse before it gets better," he said.

Despite this, the president announced that the current lockdown would be eased from 1 June. FlySafair CEO Elmar Conradie told CNBC Africa he is expecting a "massive oversupply" of seats in the country’s domestic market once full operations resume.

The future of the country’s flag-carrier remains in doubt, with the government giving it 25 days to create a turnaround plan, after setting aside ZAR3.8 billion ($212 million) to support the airline.

There was some better news, with cargo carrier Astral Aviation announcing its decision to add new routes, taking its total intra-African network to 13 points.